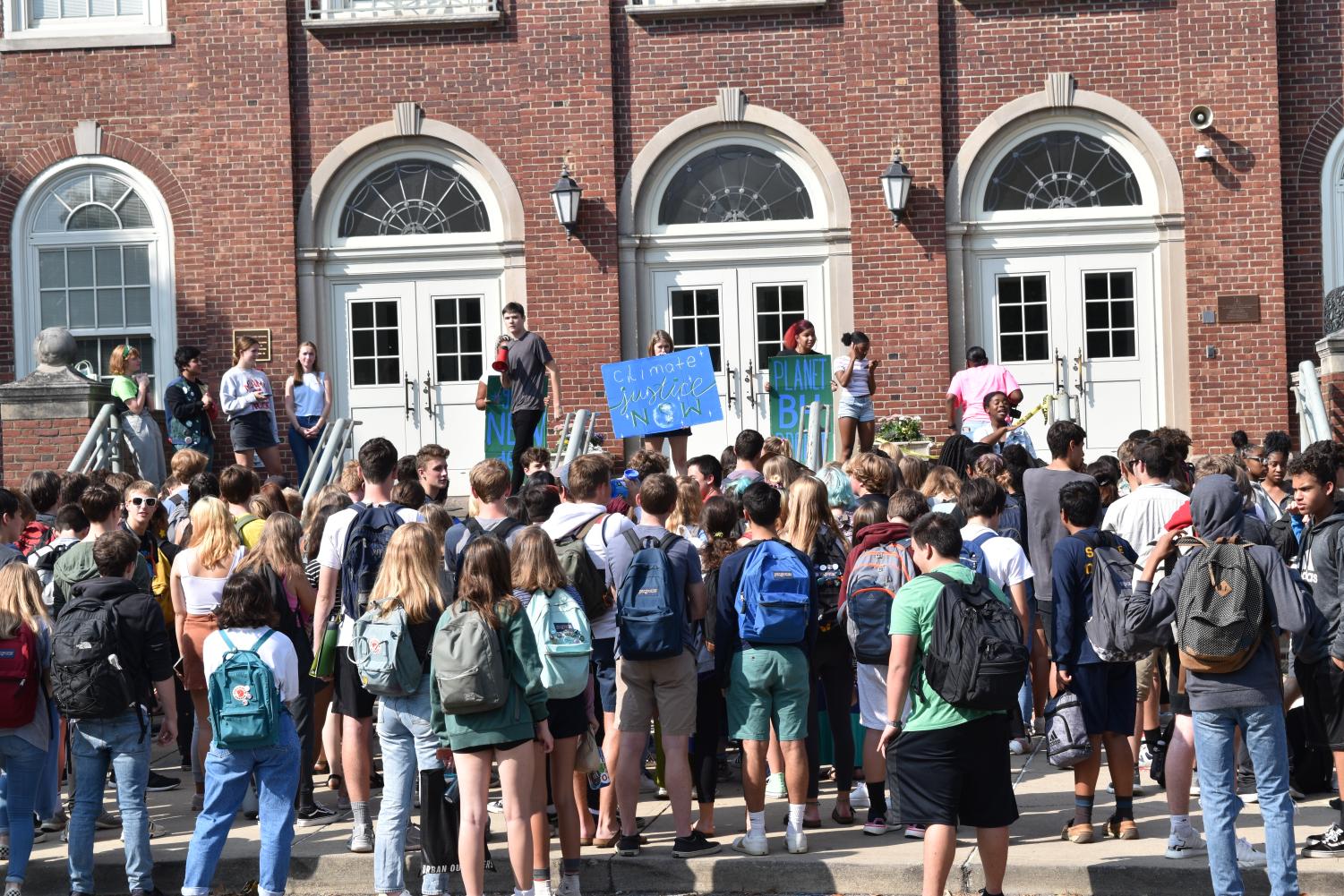 In 2019, WHHS students gathered in the Blair circle to acknowledge in a strike against climate change. Students worldwide participated in this movement to stop climate change and reduce the emission of greenhouse gasses. (Abby Jay)

In 2019, WHHS students gathered in the Blair circle to acknowledge in a strike against climate change. Students worldwide participated in this movement to stop climate change and reduce the emission of greenhouse gasses.

Going green: the battle between big business and climate change

Big business and manufacturing has always had an enormous effect on climate change, but as of late, many companies are openly acknowledging the threat climate change poses to the planet and taking steps to actively combat the problem.

Climate change is the direct result of greenhouse gasses being released into the atmosphere, primarily carbon dioxide (CO₂). According to Oxford Net Zero, CO₂ levels in the atmosphere need to fall by at least 45% by 2030 from the levels in 2010 to avoid irreversible effects of climate change.

CO₂ levels in 2010 were recorded to be 4,879.97 million metric tons (mmt) by the Environmental Protection Agency (EPA). The final goal for the environment is for all CO₂ emissions to hit net zero by 2050.

Net zero refers to the point in which the ratio of greenhouse gas emissions to the removal of these gasses is balanced, otherwise known as carbon neutrality. Net zero also describes a state in which all atmospheric global warming stops.

Big companies have rallied in support of climate change and the race to net zero is becoming more prominent than ever before.

Apple announced its plan committing to the replacement, simplification and reduction of materials that increase their CO₂ emissions. In Apple’s 2020 environmental report, released in November 2020, it was recorded that their carbon footprint in 2020 was 22.6 million metric tons of CO₂, 71% of that being from product manufacturing.

Apple stated, “Each year, we aim to reduce the carbon emissions that result from manufacturing and the use of our devices, without compromising performance.” Apple’s projected timeline until 2030 shows a steady decrease in CO₂ emissions as they take steps to reduce their materials.

BP, a popular oil and gas company, serves as a predecessor for Apple, pledging in a press release on Aug. 4, 2020 for the fall of gas and oil production by 40% and emissions caused by refining by 30% by 2030. A fundamental element of this shift involves allocating money to this transition through the use of low carbon alternatives.

Most recently, Hyundai is teaming up with the Korean pop band and global brand ambassadors, BTS, in a new social media challenge that’s all about the importance of carbon neutrality.

Although Hyundai’s effort to reach out to younger generations is fairly new, students all around the world have been taking notice of climate change for some time now.

In 2019, WHHS students gathered in Blair Circle to participate in a climate strike observed by millions around the world. As of now, many clubs at WHHS are taking notice of climate change and our current environmental crisis. These clubs are making efforts to combat the issue in our local communities.

SENIOR Husna Khan, president of the Sustainability club, first recognized the effects of climate change when she was only 5 years old.

“I was born in Afghanistan and there’s pretty bad droughts there right now because of climate missions and climate change,” Khan said. “I remember asking my Mom, ‘Why does it never rain?’ and she said ‘When I was younger it used to rain much more often.’”

SENIOR Tierney Shafer, a member of the Bio-Eco Club at WHHS, commented on big companies efforts to fight climate exchange saying, “I think that it becomes a lot easier for people to look at short term profit, and ‘what’s my job today’ and ‘how much money can I make now,’ instead of looking at how that’s gonna affect the planet in 20 years.”

Khan took a similar, more radical stance, “Currently, [the companies] are all BS. Net zero is ridiculous, because net zero just means you can emit whatever crap you want. At the end of the day, if you promise you’re going to plant little seedlings, that’s going to basically say we’re not harming the environment.”

Khan elaborated, pointing out that trees take a long time to grow and that there is not nearly enough space to grow enough trees to solve the threat.

Both Khan and Shafer agreed that among younger generations, the threat of climate change is more prevalent.

“We just feel like there’s a greater severity for us to address because it’s going to impact us more,” Khan said.

Shafer shared her hopes for the future of climate change and what we can do to make people listen in favor of a better future.“If you can meet people where they are, and validate the things that are important to them, and explain to them how those things will be affected, I think they’re more likely to listen to what you have to say.”

Donate to The Chatterbox
$285
$550
Contributed
Our Goal 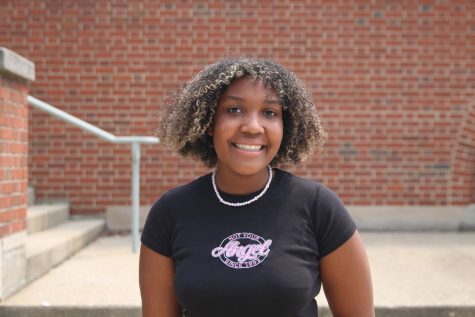 In her first year as a Chatterbox staff member, sophomore Lael Ingram is ecstatic to work as a writer in the news section.  She hopes to write about all... 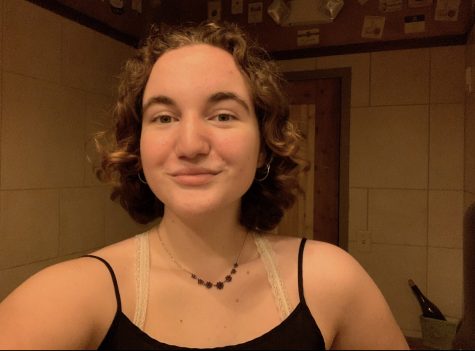 In her third year as a Chatterbox staff member, SENIOR Abigail Jay is excited to work as the Managing Editor of Visual Elements. She is forward to the...

Donate to The Chatterbox
$285
$550
Contributed
Our Goal
Submitting donation...