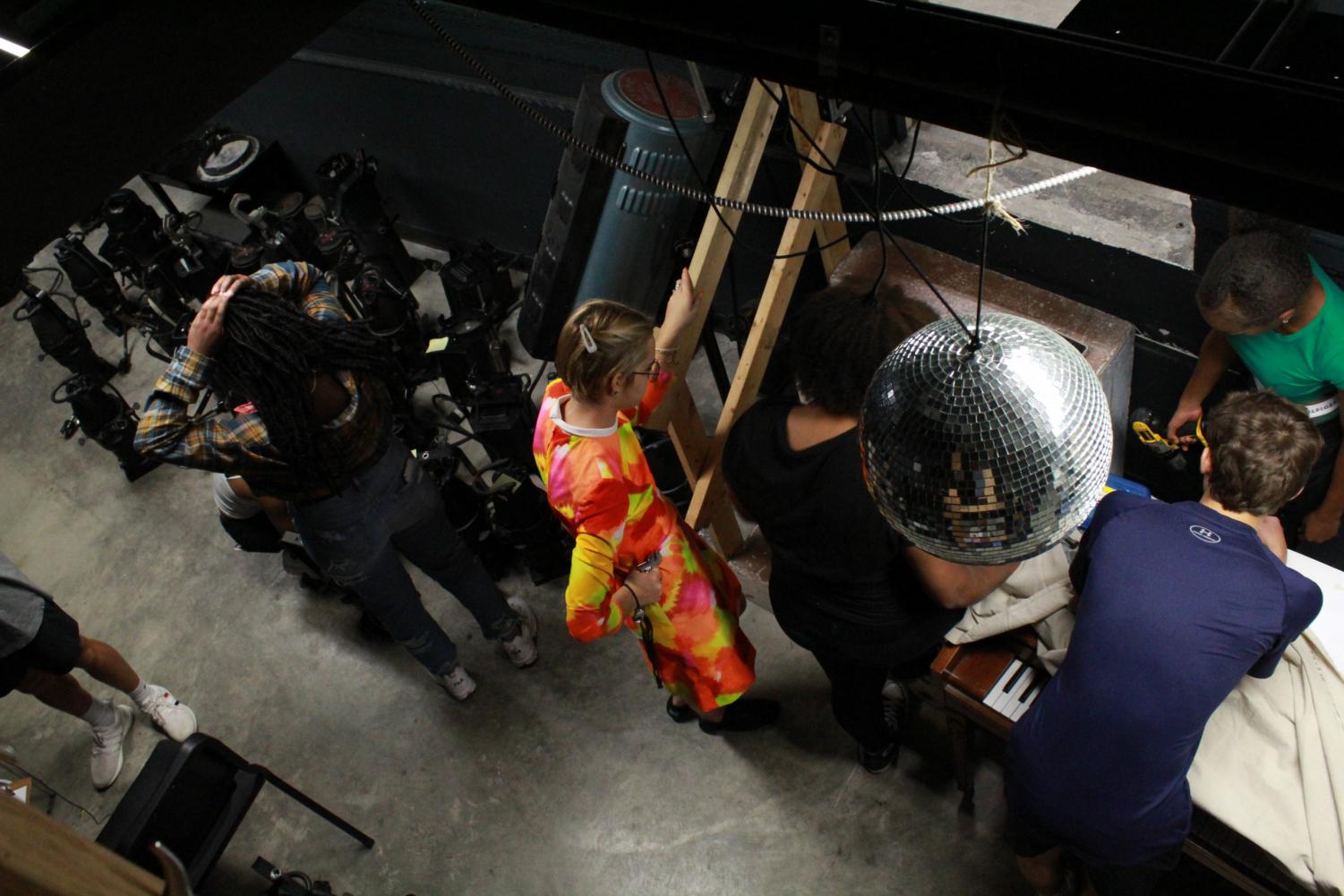 Crew members attend to lighting and set building during a Stagecraft class. The Rick Steiner Black Box Theater will play host to the upcoming production of The Curious Incident of the Dog in the Night-Time. (Sydnie Barrett)

Crew members attend to lighting and set building during a Stagecraft class. The Rick Steiner Black Box Theater will play host to the upcoming production of The Curious Incident of the Dog in the Night-Time.

The people behind the spotlight

When putting together a production, it takes the hard work of not only the actors who perform, but also the time and effort put in by the crew. Whether it be lighting, sound or costumes, everyone plays a part in putting the whole show together. The crew helps bring together The Curious Incident Of The Dog In The Night-Time.

The old phrase “Lights, Camera, Action!” can be used to describe how a play functions, especially when it comes to the lights. Lighting can affect how the entire play is viewed. John Paul Oberst, ‘21, the show’s lighting designer, has a lot of important responsibilities.

The Curious Incident is Oberst’s first production as a part of the design team. As lighting designer, Oberst’s job is to design the lighting plot, which controls where lights will focus during the show.

Oberst also has to write cues, which are times that certain lights have to come on and light up certain scenes. Some of the things that Oberst loves about the show is “the lighting” and “the diversity of the cast.”

“It’s a really good group of people, we are a movement based play,” Oberst said. “We have scenes where people are being picked up. We have a lot of actors imitating motions.”

Along with lighting, sound can affect the show and how things are portrayed. This is where SENIOR Iris LeCates, the show’s sound designer, comes in.

The Curious Incident is the first show she has done as sound designer. In her past shows, she has always done lighting design. LeCates wants the sound to portray the emotions of the characters or the general tone of the scene.

For LeCates, a lot of the show has been learning about how things are for people with Autism, especially how sound can impacts them on a daily basis. “The way that it has been explained it to me is that when things get stressful, it becomes kind of like a sensory overload,” LeCates said.

She hopes to use sound to convey this feeling throughout the show, especially in a bustling train station scene.
Costumes also play an important part in making the production come together. They help solidify the setting for the people watching it, and help create a sense of uniform. But the costumes don’t make themselves.

That takes the work of a person devoted to their craft, such as Nicole Domoe, ‘21, the show’s costume designer. She, like Oberst, has acknowledged the fact of this being a movement-based play.

Part of what she is trying to do is “make sure everyone can move easily while also bringing attention to Christopher.” The costume crew wants to avoid bright colors as much as possible. “We don’t want to do anything bright, because we want the focus to be on the lights as well, since we’re doing a lot of symbolism and stuff with what goes on in Christopher’s mind,” Domoe said.

The final product can be seen on Nov. 7-9 in the Rick Steiner Black Box Theater. 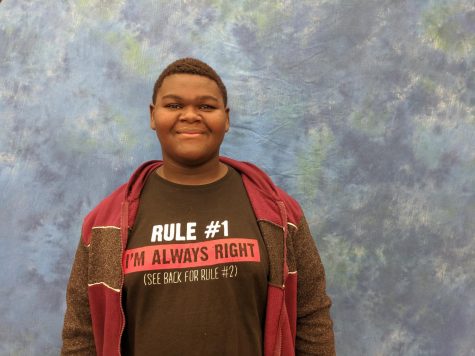 In his second year as a Chatterbox staff member, freshman Alonzo Montgomery has enthusiastically taken on the role of Fine Arts Writer. 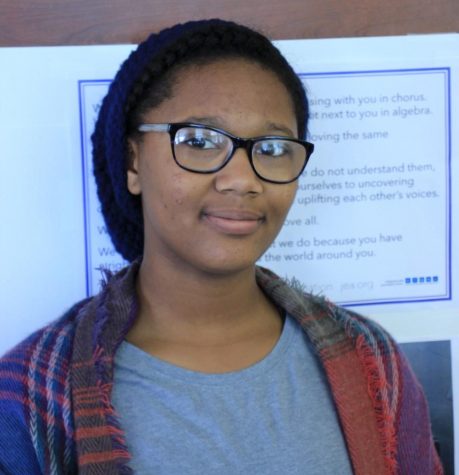 In her first year as an official Chatterbox staff member, Sydnie Barrett is excited to work as a writer and photographer. She hopes to improve her writing... 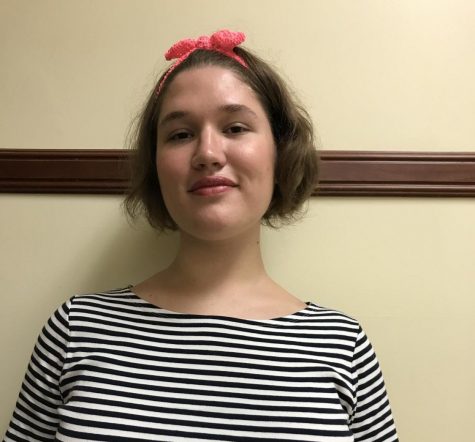