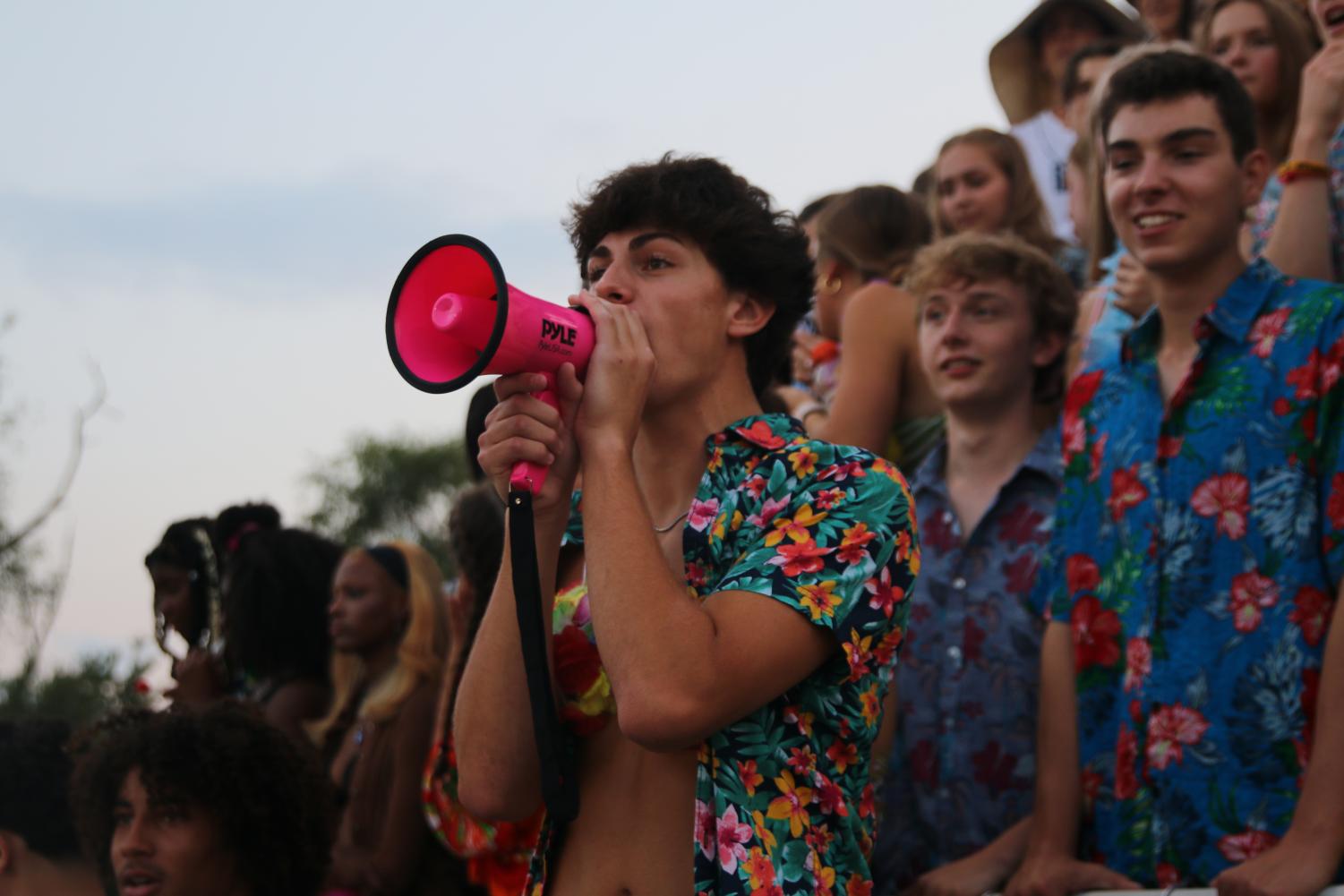 SENIOR Quinn Donovan is one of the seven nuthouse leaders. Donovan led several cheers and chants throughout the night, keeping the energy in the nuthouse high. (Hajra Munir)

SENIOR Quinn Donovan is one of the seven nuthouse leaders. Donovan led several cheers and chants throughout the night, keeping the energy in the nuthouse high.

We’re back in business

Following a season with virtually no fans last season due to COVID-19, the Athletic Department welcomed fans back to Marx Stadium on Aug. 20 for the Varsity football game versus Aiken High School.

The student section, known as the Nuthouse, was flooded with students dressed for the beach day theme, led in cheers and chants by the seven Nuthouse leaders.

“It felt so amazing to be back in the Nuthouse again,” Sophia Bahri ‘22 said, “It was jam packed and we could barely move, but I viewed it as a good thing more than anything else.”

Bahri is a Nuthouse leader along with fellow SENIORS My’Dia Cruz, Paige Keener, Quinn Donovan, Max Poynter, Bron Dietz and Kylie Bridgeman. These students are in charge of not only keeping the crowd hype, but also respectful.

Despite the excitement WHHS had leading up to the big game, the Aiken community was dealing with a huge loss. Following the passing of two students, Zakiya Jones, Varsity cheer captain and senior class vice president, alongside Timothy Jones, former Aiken football player. The two teams and the fans partook in a moment of silence before kickoff to honor the lives lost.

The score of the game continued to rally between the two teams throughout the game until an electric fourth quarter. With 3:45 left on the clock, Aiken scored what should have been a game tying touchdown, however missed a two point conversion with a score of 15-14 WHHS.

The Nuthouse erupted in a “scoreboard!” chant led by Bahri  as Aiken turned and taunted the student section.

The eagles were led to victory by many key players throughout the game such as quarterback TJ Nelson ‘24 who passed for 167 yards on 14 completions and Isaiah Birl ‘23, who scored a touchdown and ran the ball for 73 yards on 16 carries.

Wide receiver Javion Bostic ‘23 was also a key player Friday night with two interceptions. “I was hype, I was ready to get another [interception], I’m hype, I’m hype,” Bostic said in response to the game.

On the last drive of the game SENIOR Cevie Smoot  rushed the ball into the end zone for the go ahead score bringing the score of the game to 22-14 WHHS.

The Nuthouse was stirred with excitement as the fate of the game was sealed as a victory for the eagles. “Being back in the Nuthouse felt amazing, we were back like we never left,”  Keener said.

The Nuthouse leaders anticipate for the energy in the stands to mirror that of Friday’s game  throughout the rest of the season. 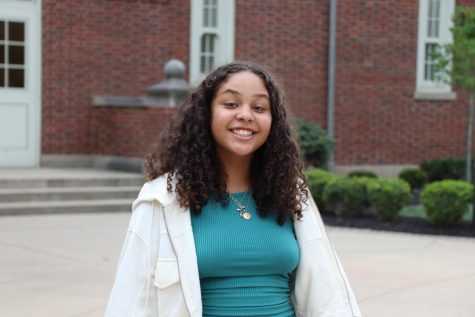 In her second year as a Chatterbox staff member, Kylie Bridgeman is excited to work as a sports writer. Bridgeman’s goal is to tell the stories of athletes... 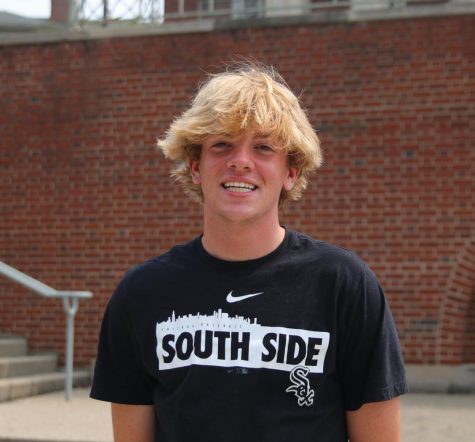 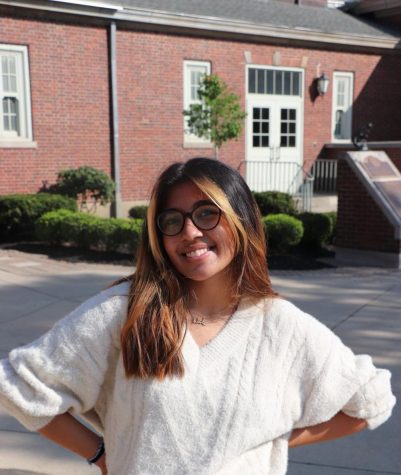 In her fourth year as a Chatterbox staff member, Hajra Munir is enthusiastic to work as the Editor in Chief.  Munir's goal this year is to support the...