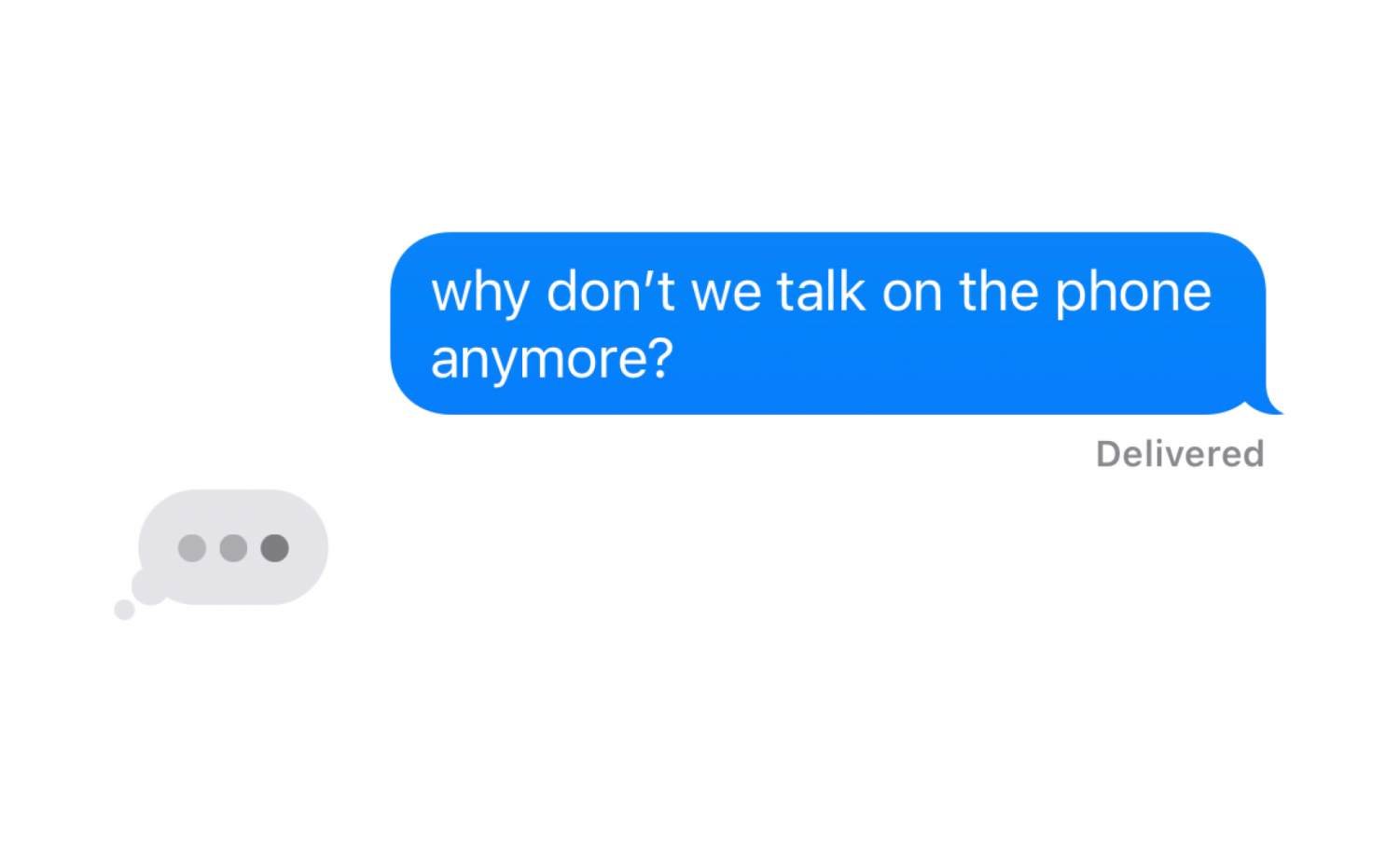 Since the advent of texting and video calls, many people have turned away from phone calls as their main method of communication. (Delaney Owens)

Since the advent of texting and video calls, many people have turned away from phone calls as their main method of communication.

Why don’t we talk on the phone anymore?

Phones, while being a relatively modern invention, have been around long enough to go through a number of phases. There was a time where if you didn’t answer you had to wait for the other person to call back. Then it came to if you missed their call they could leave you a message.

“In the moment when a phone rang, there was an imperative. One had to pick up the phone.” said writer Alexis C. Madrigal wrote in his article for The Atlantic.

In 2011 a Pew research study showed that people make on average 12 phone calls a day however other studies have placed it closer to six calls a day.

Why though? Why are phone calls losing out to other types of communication? What do students feel is the best form of communication and why? Which are they more likely to answer? What can be done to stop the decline in making and answering phone calls?

Why are phone calls losing out to other types of communication?

The first reason is new, more flexible forms of communication, texts and emails. Texts and emails are ways to communicate nonverbally with others. You can send them what you need to say and they can read and reply to it within seconds.

For instance, if you needed to communicate plans with your boss and wanted them to see what you are talking about, you would send them a document in an email. You could also email your teachers when you need an extension on work from class and the same goes for texting.

When you want to ask a friend a question you text them. Your mom sends you a funny TikTok and you can send her an emoji to show your reaction to it. These days you can even text someone to get a job interview.

Another reason is phone calls leave out a lot of the body language and cues that we would have in a face to face conversation. When you can’t see how someone is reacting to what you are saying you’re prompted to just guess how they are reacting to you.

“Something that sounds malicious, for example, could in reality be a joke delivered with a smile” Cari Romm wrote for The Cut.

For the same reason, it can be a challenge for others to guess what you are saying; they can’t see your reactions or read your body language during an audio only conversation.

In short, phone calls leave a lot of room for misinterpretation causing people to miss what the other person or people might have been trying to say.

A third reason for the decline of phone calls is general anxiety or discomfort in having to talk to someone. Holding a conversation isn’t always easy and sometimes you can run out of things to say and just sit there with awkward silence between the two of you, not knowing who should hang up first.

What do students feel is the best form of communication and why? Which are they more likely to answer?

“It depends on the context, but most of the time I would say a phone call, because you can hear a tone of voice,” SENIOR Lauren Pfeiffer said.

Kaia Russell, ‘24, said she thinks that FaceTime/Video Chat is better because “It’s easier to make conversation.”

For other students, it’s not a matter of making conversation or context or lack thereof. Sometimes people’s internet just isn’t as fast as they’d like it to be like Sarah Hu, ‘26.

Hu prefers texting because “Our internet is [a bit] slow, so texting is faster.”

Out of the 41 people to take a Chatterbox survey, 40 of them preferred texting and FaceTiming/Video Chat over plain audio phone calls.

Thirty of them said that they are more likely to answer text messages, while 7 of them  prefer calls.

What can be done to stop this decline in phone calls?

It  should be no surprise that the best way to get over the anxiety or discomfort is to just do it. Next time you get a call from someone you know, answer it. If you are worried about what the other person is thinking about the things you say, know they could be thinking about the very same thing.

Worried about slipping up on your words? Practice what you need to say if it’s really important. And also remember being human means that tripping over words is natural. Unless you’re a robot.

Alison Papadakis, a clinical psychology professor at John Hopkins University says to set goals for yourself. For instance, set a goal to stay on the phone with someone else for at least five minutes.

Being on the phone with someone doesn’t always have to be scary. Just remember that you are going through the same thing as someone else. 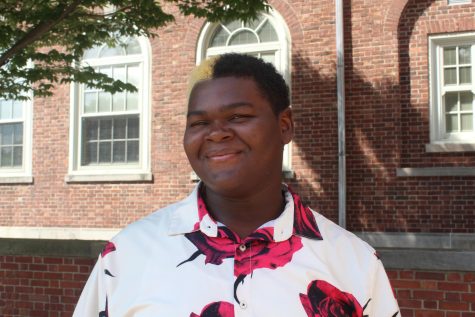 In his fifth year as a Chatterbox staff member, SENIOR Lonzo Montgomery has once again enthusiastically taken on the role of Public Relations and Social... 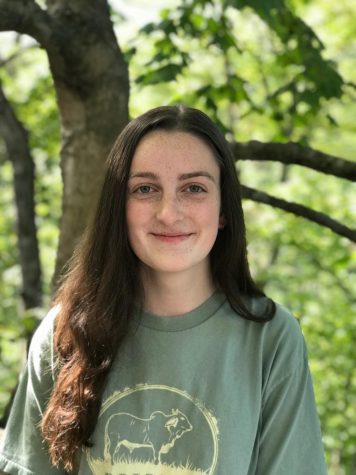 Donate to The Chatterbox
$250
$4500
Contributed
Our Goal
Submitting donation...