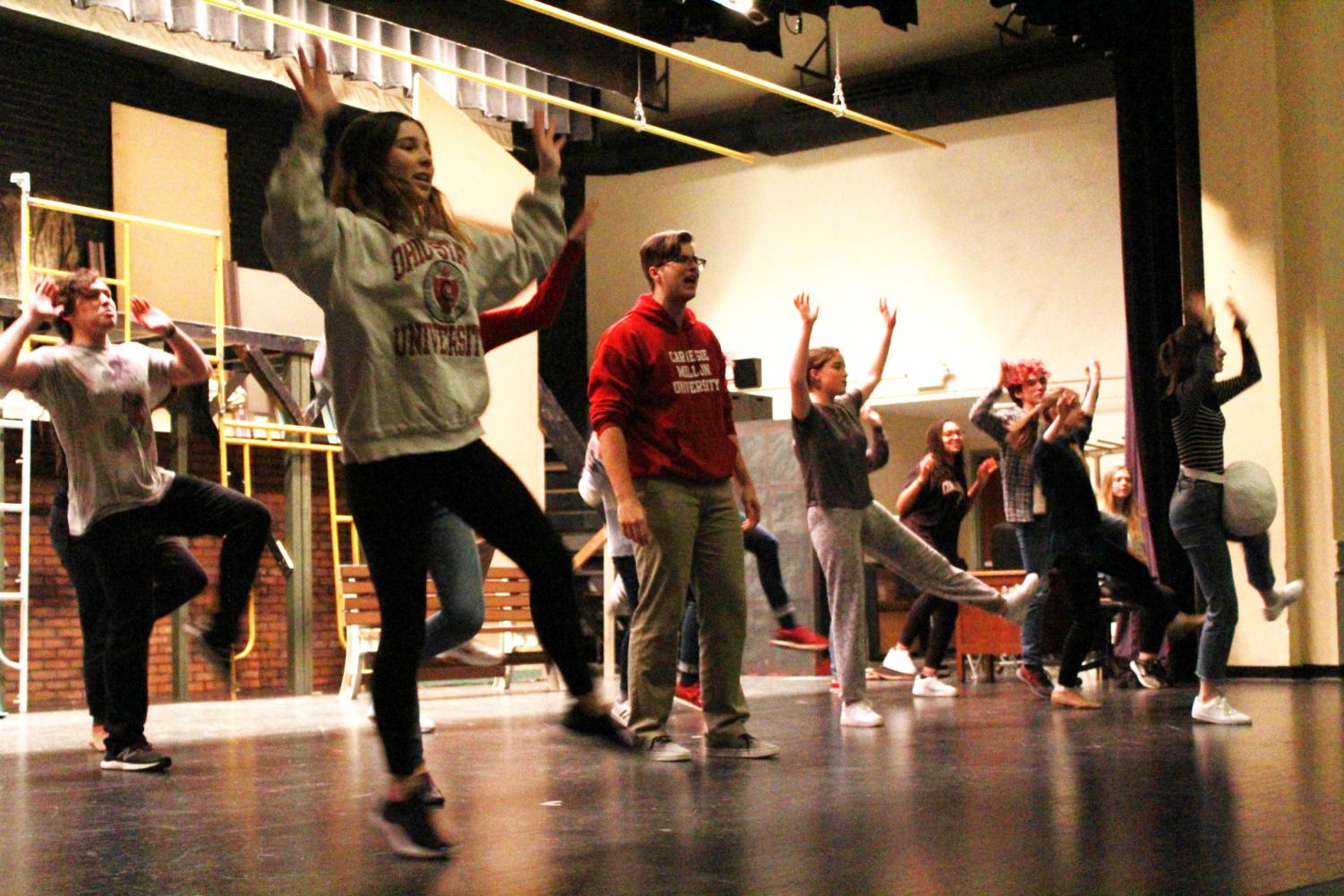 The ensemble of ‘Urinetown’ practices choreography during rehearsal. The show’s ensemble, divided into the “Rich” and the “Poor,” plays a heavy role in the production, serving as additional actors, singers, and dancers. (Syd Barrett)

The ensemble of ‘Urinetown’ practices choreography during rehearsal. The show’s ensemble, divided into the “Rich” and the “Poor,” plays a heavy role in the production, serving as additional actors, singers, and dancers.

WHHS’s ‘Urinetown’ looks to contend in the Cappies

This month, the WHHS Theatre Department is debuting the musical Urinetown. This is the theatre department’s largest production of the year, and the stakes are high since the show will be under the review of Cappies critics and in consideration for many awards.

The Cappies of Greater Cincinnati is a regional awards competition where high schools compete over a broad variety of categories related to plays and musicals.

WHHS has traditionally performed well in this competition. Last year, WHHS’ production of Into the Woods received 23 nominations and four Cappies awards.

“We have a 37 person cast and an over 30 person crew,” stage manager SENIOR Chloe Burwinkel said. Thus, for the theatre department, all hands are on deck.

The fun, satirical production delves into a wide variety of issues. The musical is about a dystopian — yet socially pertinent — city where the citizens are given few freedoms, some involving basic bodily functions such as using the restroom without paying a fee. Urinetown is cynical about capitalism, socialism, greed and human nature.

This musical provides the type of social critique for which many students from this generation are yearning.

“It’s a very funny play, but it also lands some very important social commentary,” director Michael Sherman said.
Urinetown’s great humor softens its serious message, and one of the most distinguishable aspects of the musical is its satire on society.

“[Urinetown] literally pokes fun at every single show you can think of,” ensemble member Artemis Azure, ‘21, said.
Urinetown has a witty new take on musicals that will be of interest to even casual viewers of the genre.
Much of the cast is well experienced in WHHS’ theatre scene.

Peter Godsey, ‘21, is coming back for roughly his eleventh WHHS production, yet he sees Urinetown as a new challenge. He plays Mr. Cladwell, a wealthy businessman and perceived villain. For Godsey, an actor who has traditionally played the “good guy,” being a villain presents a problem beyond simply memorizing lines and stage position.

“It’s the first time I have to get actually angry… I have to be an evil character so it’s definitely different but it’s a fun challenge,” Godsey said. Godsey’s confidence in expanding his horizons with a new type of role is representative of the theatre department’s willingness to take new risks, especially in running such a large and inventive musical as Urinetown.

Urinetown consists of a considerable ensemble that plays an important role in the musical.

“The ensemble is just like supporting actors, singers and dancers that help further the plot and separate the rich from the poor, so I’m just like an extra voice in the poor ensemble,” ensemble member, SENIOR Joanna Acio-Alele said.

Because Urinetown is WHHS’ Cappies production, nearly all aspects of the show will be examined in great detail.
Beyond the actors on stage, an inordinate amount of time is devoted to ensuring the final product is flawless behind the scenes for months in advance.

SENIOR Matthew Eggers, the show’s assistant choreographer, is tasked with creating the dances for the musical.

“My favorite part is, at the end of having everyone go through the steps and all the choreography, seeing it sort of come to life. It’s a really cool moment and it really makes me very happy to be a part of the experience,” Eggers said.
The production of Urinetown has been exciting for all those tasked with putting the musical on stage.

“I really like working as a team with everyone, it’s just fun to watch the whole show come together,” costume designer, SENIOR Abby Schwartz said.

WHHS’ theatre department is ready to impress the critics once again. 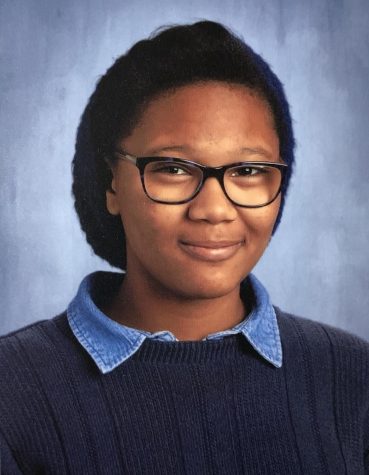 In their second year as an official Chatterbox staff member, Syd Barrett is overwhelmingly excited to be the Section Editor of the brand new video and...