Ohio House Bill 293, if passed, would effectively raise the driving age to 16 and six months to allow for a year-long learning period. “If there has recently been more teen car crashes or accidents, then I understand why the license age should be raised, but I think of myself and my peers as good drivers,” Grace Hofstetter, ‘21, said. (Caroline Horvath)

Ohio House Bill 293, if passed, would effectively raise the driving age to 16 and six months to allow for a year-long learning period. “If there has recently been more teen car crashes or accidents, then I understand why the license age should be raised, but I think of myself and my peers as good drivers,” Grace Hofstetter, ‘21, said.

Ohio House Bill 293 would require teens to hold a temporary permit for a full year, effectively raising the driving age from 16 to 16 and a half.

A probationary license can currently be obtained after holding a temporary permit for six months.

The bill, introduced in June of 2017, has gone through several committees, but did not meet the end of year deadline it needed to become law. It will need to be reintroduced in the House, and a new timeline will be determined. The new age of eligibility would not apply to those who already hold temporary licenses.

AAA issued a statement of support for the bill, citing 116 teen deaths in accidents in 2017.

There is a fear that the current learning window is too short. Some feel that it is unsafe to let new drivers drive alone just six months after getting behind the wheel for the first time.

“Six months is just not enough time for novice drivers to grasp the many facets of driving in an increasingly complex and dangerous roadway environment,” Ric Oxender, a representative of the Ohio Conference of AAA Clubs, said at a Dec. 2017 hearing.

If I’d had a year, I could’ve been practicing far more often and been comfortable in advance in trickier environments.”

Another concern is that new drivers may have not had a chance to experience certain conditions in a six month period. Many drivers could get their license before ever seeing snow on the roads.

“Driving, though useful, is still dangerous,” SENIOR Miriam Jenei said. “The more practice, the better. I had my permit for almost a year. It allows you to experience different weather conditions and other driving conditions.”

AAA found that in the last 2 years, Ohio saw a 15 percent increase in deaths resulting from teen driver crashes. They also report that drivers between 16 and 17 were three times as likely to die in a car accident than adult drivers.

If the bill is passed, Ohio would become the twentieth state to require teen drivers to hold a temporary license for 12 months. It would be the twelfth state to raise the minimum age for unsupervised driving above 16. Notably, the minimum age is 16 and 6 months in Kentucky and 16 and 4 months in Indiana.

The bill also increases restrictions on night driving for teens. Under the new bill, there would be a period from 10 p.m. to 6 a.m. in which drivers with a temporary license or probationary license must drive with an adult. Currently, that period is between midnight and 6 a.m. in the first year of driving, and between 1 and 5 a.m. for drivers under 18.

Since its introduction, the teen drivers bill has been presented at four hearings in the Ohio House. At the fourth hearing, held in Feb. 2018, 11 of 14 representatives voted in favor of the bill, predicting favorable passage. At a press conference on Oct. 18, representatives from AAA and the Ohio Parent Teacher Association endorsed the bill once again. The bill has no known opponents, and some teens support the idea.

“The highest cause of death for ages 15-24 is automobile collisions and I believe with more time used to practice driving with a parent or guardian that teens will be more prepared to hold their own license,” Aidan Ormsbee, ‘21, said.

With increased restrictions on driving, could the law be following the natural trend?

America’s love affair with cars spans decades. For many, getting a license was a significant rite of passage and cruising around was a pastime. Today’s teens seemingly haven’t inherited the same obsession with cars. According to the University of Michigan’s Monitoring the Future survey, 71.5 percent of high school seniors had a license in 2015, compared to 85.3 percent in 1996.

Why are fewer teens rushing to drive?

The Great Recession is often cited as a reason for the drop in teen driving that is still apparent today. Between 2009 and 2013, one in four teens between 16 and 19 seeking employment could not get a job. When teens have jobs, they have a place to drive to and the means to cover the cost of driving.

Additionally, getting a license has become a more complicated process, especially for teens. Parents of current students might not recognize the process.

Though teen car culture has changed, it hasn’t disappeared yet. The parking lots at WHHS are still crowded with student cars, and many teens hold on to the beloved rite of passage. Some do not see a need for the new legislation.

“It seems like teens practice a lot already and whether they have their ‘temps’ or their actual license, they’re going to continue to develop as drivers far beyond the point of driving alone,” Kameron Linnere, ‘21, said. “It isn’t so much that I don’t support it, I just don’t think that it’s entirely necessary.”

Others wonder if there is another way to address teen driving issues.

Another approach might be to evaluate the practice requirements within the six months, rather than the time period itself. The current requirements, which do not change under House Bill 293, include completing a driver’s education course, completing 50 hours of driving and passing a test.

“The reason the driving age is being questioned is because new drivers are so reckless and, quite possibly, do not actually complete their required 50 hours,” Andrea Scheper, ‘20, said. “Instead of raising the driving age, lawmakers should look in to better ways to regulate the way one documents and proves that potential drivers have actually driven 50 hours.” 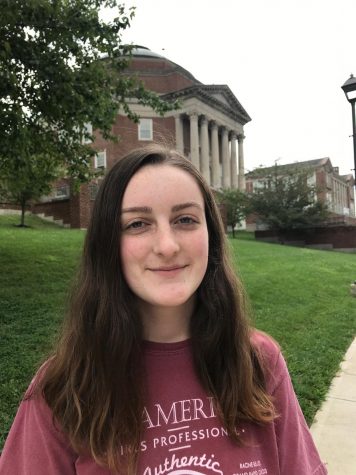 In her fourth year as a Chatterbox staff member, Delaney Owens is the managing editor of visual elements. This year, she hopes to enhance great reporting... 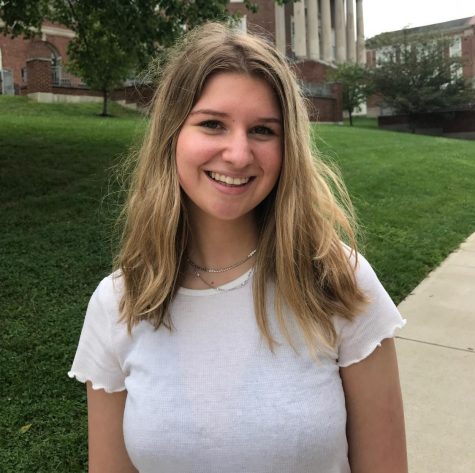 In her fourth year as a Chatterbox staff member, Caroline Horvath is thrilled to lead Chatterboxers as the Editor-in-Chief. Horvath hopes to create an...