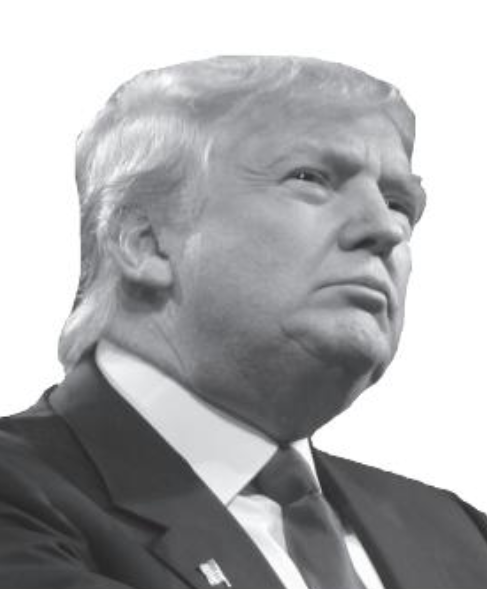 “Everything that is broken in our country can be fixed,” President Donald Trump said while speaking on domestic policy of the United States before Congress on Tuesday, February 28th.  Trump has ambitious plans for the United States, but has failed to execute many of them thus far.

One of Trump’s goals is to repair infrastructure and build roads and bridges by loosening regulations and relying on the private sector to fund parts of these projects. He has proposed a $1 trillion dollar investment in infrastructure, funded by both public and private capital.

Trump has also proposed a repeal of the Affordable Care Act, also known as ObamaCare. Although Congress never voted on the repeal, Trump remains adamant in his stance against the ACA.

“ObamaCare is in serious trouble. The Dems need big money to keep it going – otherwise it dies far sooner than anyone would have thought,” Trump said.

However, Democrats have stood firm that every alternate solution to the ACA will leave more people uninsured.

The Trump administration is also working to provide funding to build a wall along the border with Mexico.  There would also be enhancements in security along the divide between the United States and Mexico in an attempt to slow illegal immigration from the country.

This has sparked major controversy between the Democrats and Republicans in Congress due to the fact that they are each fighting for funding of the two party’s major projects, the ACA and the wall.

Trump has also promised to tremendously increase military funding and cut costs on domestic programs. The White House budget office has drafted a list of domestic programs that could be cut, many that are conservative targets such as the Corporation for Public Broadcasting, the Legal Services Corporation, AmeriCorps and the National Endowments for the Arts and Humanities.

Most of the programs cost under $500 million dollars annually, and the Trump administration is predicted to spend $4 trillion dollars this year.

Some of the programs he is cutting also contradict past statements he has made. He has made many remarks about the nation’s drug problem, but the “hit list” includes the White House’s Office of National Drug Control Policy, which dispenses grants to reduce drug use and drug trafficking.

Another example is the Export-Import Bank, which guarantees loans to foreign customers of American companies since the 1930s, even though Trump has strongly supported American exports.

However, an internal memo circulated within the White House Office of Management and Budget said that the list is subject to change.

On economic policy, Trump has been very supportive of large corporations, such as Walmart and Ford, for announcing new investments since his election.  Trump has stated that he is committed to creating deregulation task forces inside of every federal agency.

Trump’s economic team is also working on making sizable cuts in the corporate tax rate.  He has also promised “massive” tax relief on the middle class.

Trump has made many promises on his domestic policies and what programs he is planning to cut, but based on previous statements, it is difficult to see what he will cut in the end.  Due to previous statements, Trump overall will likely try to cut many programs put into place by President Barack Obama. He will also focus a lot of his term on economically helping big business and cutting taxes on the upper and middle class.