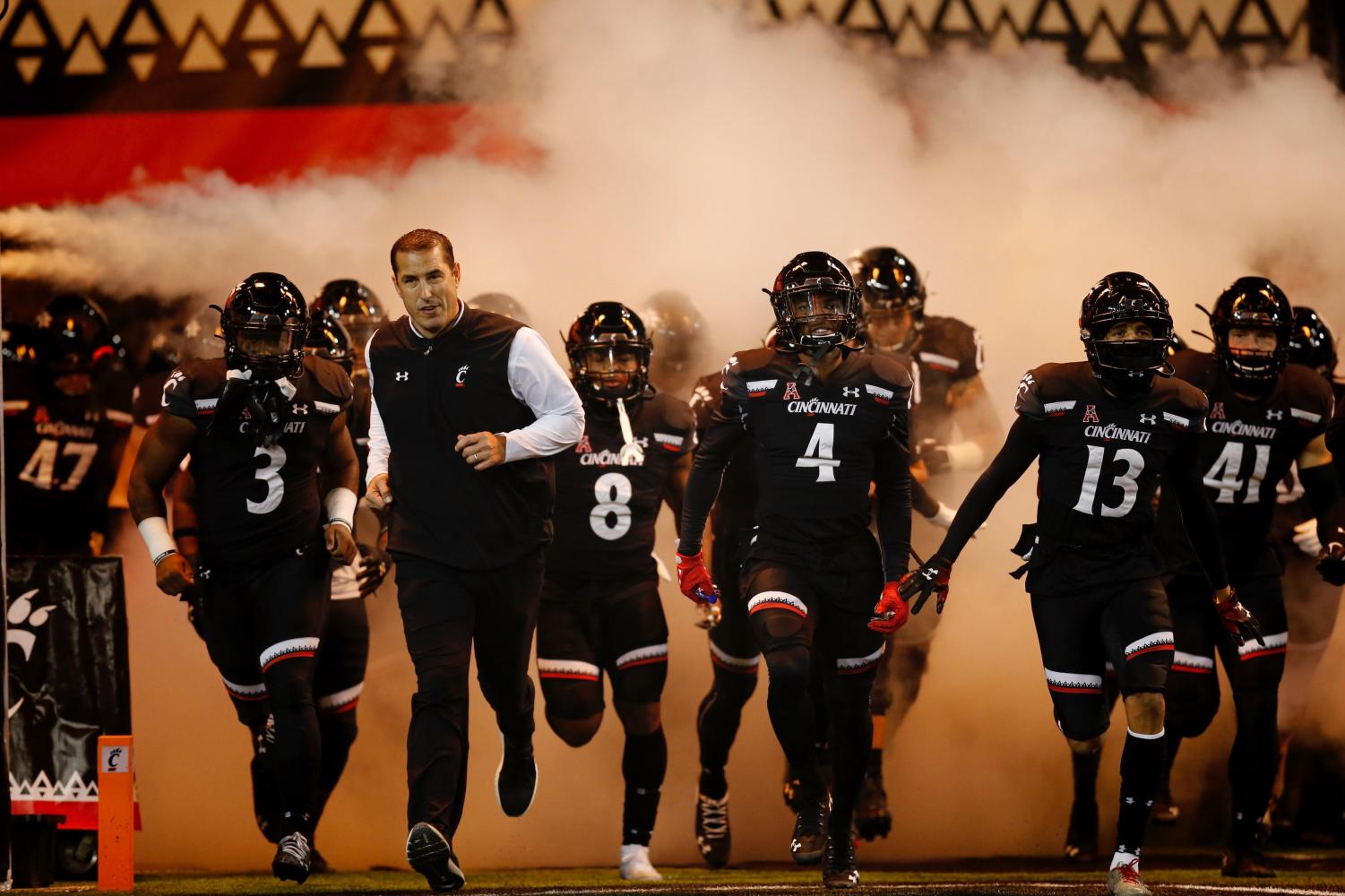 The fourth ranked Cincinnati Bearcats take the field at Nippert Stadium before their game against Temple University. Two former WHHS Eagles are on the UC roster, with Jowon Briggs, class of 2019, being an important member of the Bearcats defense. (Courtesy of The Enquirer )

The fourth ranked Cincinnati Bearcats take the field at Nippert Stadium before their game against Temple University. Two former WHHS Eagles are on the UC roster, with Jowon Briggs, class of 2019, being an important member of the Bearcats defense.

Courtesy of The Enquirer

As fans poured onto the field at Nippert Stadium on Dec. 4, the UC football players celebrated their victory over twentieth ranked Houston in the American Athletic Conference (AAC) Championship, and reveled in the history they were soon to make. The next day, after finishing the regular season undefeated at 13-0, the UC Bearcats received an invite to the College Football Playoffs (CFP).

For the first time in CFP history, which began in 2014, a team outside a Power 5 conference (the SEC, ACC, Big 10, Big 12, and Pac 12), received a bid for a chance to play for a national title. This was thought to be an impossible feat after the CFP committee has routinely snubbed the Group of 5 schools, including leaving out undefeated AAC champion University of Central Florida from the playoff field in 2017.

Although they are not in a Power 5 conference (they will be joining the Big 12 in July of 2024), the Bearcats were more than deserving of a spot in the CFP. The Bearcat’s did not only go undefeated; they won in South Bend against sixth ranked Notre Dame and were the American Athletic Conference (AAC) regular season and conference champions.

UC was able to have the season it did with the help of two former WHHS students. Defensive lineman Jowon Briggs, class of 2019,  and offensive lineman Mao Glynn II, class of 2021, lit up the field on Marx Stadium long before they were playing under the bright lights of Nippert Stadium.

Briggs originally started his collegiate football career at the University of Virginia but transferred to UC for the 2021 season. Briggs has made 41 tackles and three sacks, including a huge one on Houston quarterback Clayton Tune  in the AAC title game

“It makes it easy as a coach to show up every day when you got people who want to learn and who are willing to learn,” UC defensive line coach Greg Scruggs told WCPO Cincinnati of Briggs.

On Dec. 31 UC will play in the CFP semifinal game against the University of Alabama in AT&T Stadium at 3:30.

The Crimson Tide have already made the playoffs six of the eight times, and will be looking for yet another National Championship. They are led by Heisman Trophy winner Bryce Young and the nation’s sack leader, Will Anderson.

UC’s leading rusher, Jerome Ford, transferred from Alabama, and is a huge part of the Bearcat’s offense, averaging 6.2 yards per attempt.

In order for Ford to be a threat against the Tide, the UC offensive line will need to be strong. Alabama’s defensive line has been up and down throughout the season, but if UC is going to win the line needs to be dominate to give the offense time and options.

UC is undefeated largely because of their defense. They are only allowing 16 points per game and are extremely effective in limiting the passing game because of cornerbacks Ahmahd “Sauce” Gardner and Coby Bryant. Gardner was selected as a First Team All American and has yet to allow a touchdown to be scored on him during his college career.

Alabama is a two touchdown favorite, in large part because they have more talent on their roster. However, this talent does not automatically make one win games. Afterall, UC is the only undefeated team left in the country.

Come Friday, win or lose, the Bearcats have already made history, and the city of Cincinnati could not be more proud.

Donate to The Chatterbox
$10
$5000
Contributed
Our Goal 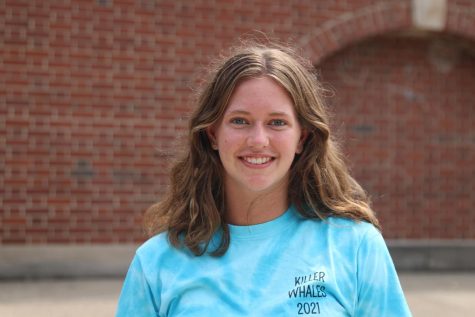 In her first year as a Chatterbox staff member, Megan Dorr is looking forward to working as the sports section editor. She is excited to improve her writing...

Donate to The Chatterbox
$10
$5000
Contributed
Our Goal
Submitting donation...