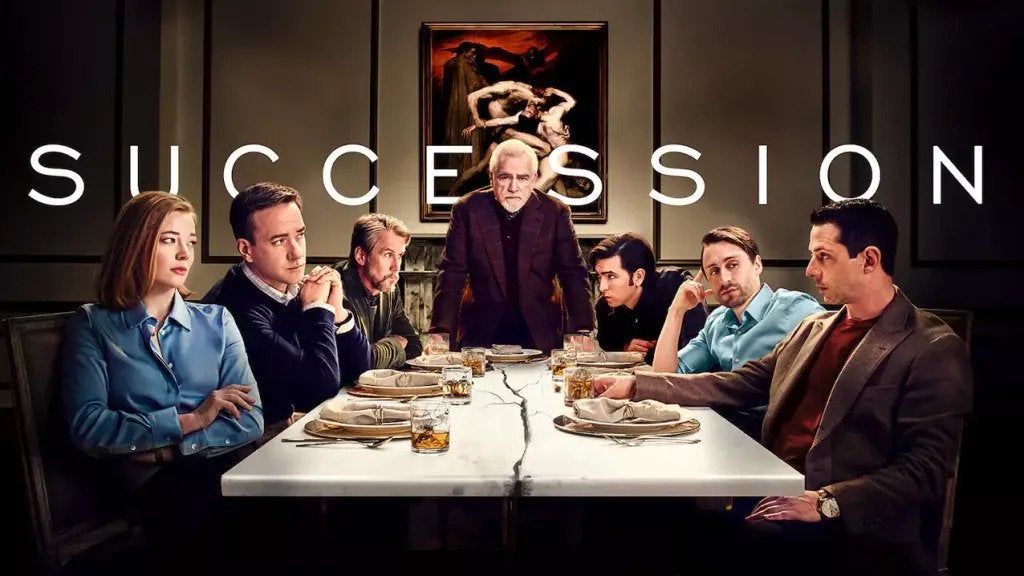 Season three of Succession has been airing on HBO Max the last few weeks, and it’s the show’s ensemble of characters and their own established goals and principles that define the show. (Photo Courtesy of: Trusted Reviews)

Season three of Succession has been airing on HBO Max the last few weeks, and it’s the show’s ensemble of characters and their own established goals and principles that define the show.

Logan Roy is a grumpy old man. He yells at his underlings for minute mistakes, he is not afraid to disparage his own children, and for the head of a major successful news outlet, he is a pretty angry dude. He serves as the centerpiece for his children, Kendall, Shiv, Roman and Connor, all chomping at the bit for his job as CEO. The nervous tension that ignites the plot of the show “Succession” starts simply as just waiting for Logan to die.

The fictional company Waystar Royco, is a news company that prioritizes power over public knowledge, and in the context of the show, is almost like a modern day monarchy, with all of Logan Roy’s children grasping for the metaphorical throne that is the position of CEO.

There’s Kendall, he was an alcoholic, a deadbeat dad and an all-around scumbag, so I would say he’s a perfect fit for the head of a massive conglomerate company. He seems to want and deserve the position the most, and as an audience member, it is easy to see he is the best fit for the company’s chief executive officer.

There’s Connor, played by Alan Ruck, who is also known for playing Cameron from “Ferris Bueller’s Day Off,” and Connor is a lot like what I imagined Cameron would have been doing 40 years later, just kind of bumming around his dad’s company Headquarters.

There’s Shiv, who is the smartest of the family and presumably the favorite of their dad.

There’s Roman, who is a man-child. He is vulgar and perverse, but follows his own heart when making decisions and is not afraid to tell you how it is, even if it is in his own immature way.

Then there’s Greg. I could watch an entire spin-off show of just this guy. Greg is the youngest of the bunch. He is awkward, he is confused, he is never where he is supposed to be, and he is a great refresher for this serious show with a slow-burn. He lightens the mood and brings us further into their world.

I started watching the show in season three because I was curious about the new season which has been airing the last few weeks. I felt exactly like Greg at the start. There were all these established characters arguing, debating and half the time I didn’t know what the heck they were talking about.

The way the show pulls you back in is when they manage to bring everything to a dramatic halt: Kendall freaking out because he’s in over his head; Roman making an inappropriate joke; Greg wandering into somewhere he’s not supposed to be like a lost dog; Logan yelling at someone for no valid reason.

The show slowly jogs towards the opening credits, with each scene building off the last, gradually ramping it up until all these self-contained events collide into a full on sprint to the finish. Any episode of “Succession” would be better than a lesser show’s finale. What makes Succession such an achievement is how the writers are able to do it again and again and again.

All of these characters, with these defined personalities, are unwilling to change themselves for the sake of their own family members’ happiness. They are all locked in a stalemate of their own personal agenda of self gain that they can forget where they came from and what is truly important.

The Roys have such unfathomable wealth that creating some sort of relatability for the audience to these characters seems impossible. If there is one moral of this show, it is that even if you have more money than you know what to do with, you can still be miserable like the rest of us. That’s what’s so personable about these characters.

There are a dime a dozen of these shows about down and out protagonists fighting for whatever they can get that are written for the mass public to enjoy, and it is hilariously ironic that one of the most popular shows on right now, “Succession,” is about adult babies of a billionaire barking at each other for the position of top dog. It is a testament to how we can pretty much find relatability to anyone anywhere if we try hard enough.

I haven’t been with these characters from the beginning, but I already feel connected to them. These characters are written in a way where it feels like they are not even being written at all, just like real people existing in our world.

Donate to The Chatterbox
$10
$5000
Contributed
Our Goal

In his first year as a Chatterbox staff member, Ben Schneider is jazzed to work as a style and culture writer. Ben wants to advance his knowledge in writing...

Donate to The Chatterbox
$10
$5000
Contributed
Our Goal
Submitting donation...