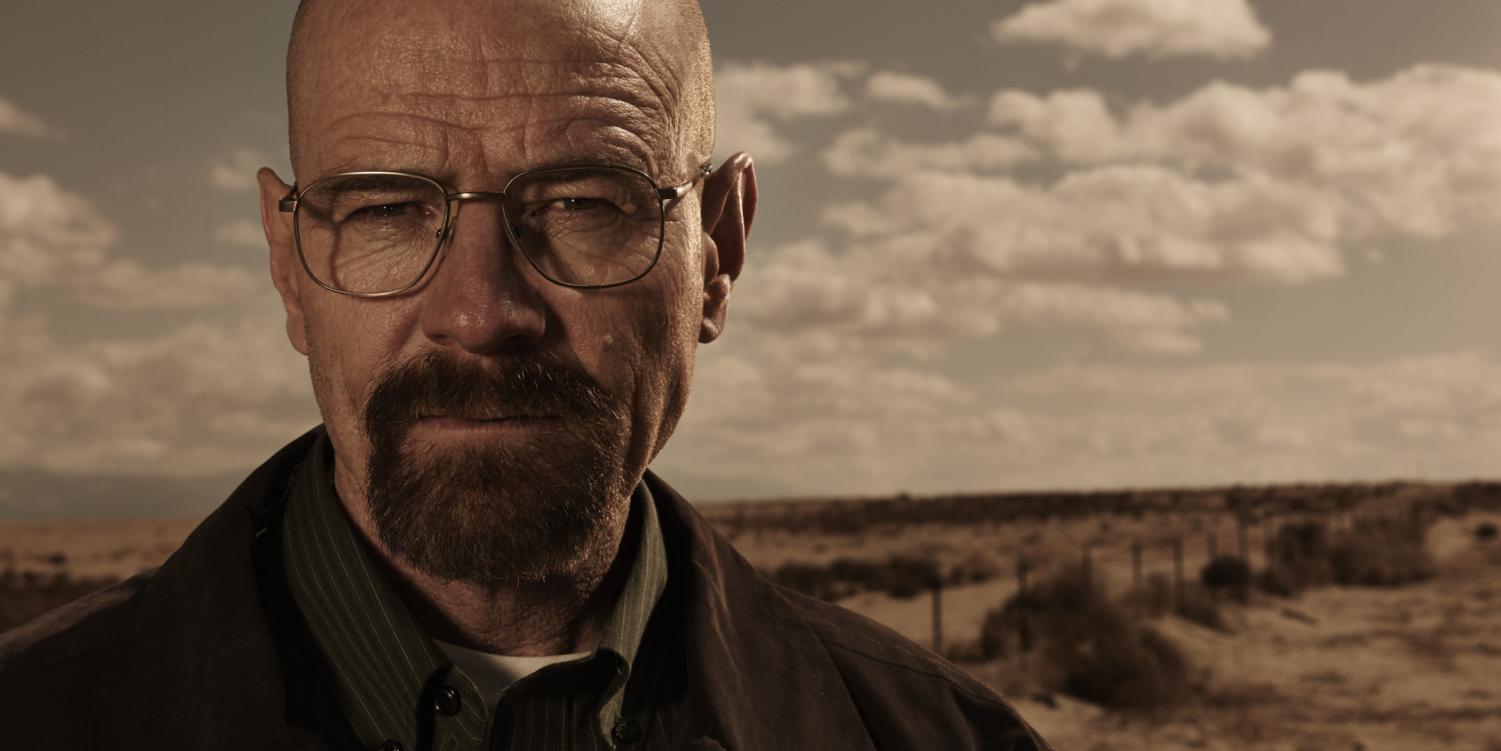 Walter White (Bryan Cranston) starred in the TV series ‘Breaking Bad.’ Although he is no longer alive in the sequel movie, ‘El Camino,’ White’s story still influences its plot.

Breaking Bad ended six years ago and with it the story of Walter White (Bryan Cranston). We witnessed his transformation from a meek high school chemistry teacher to a cruel, egotistical drug kingpin, and it was one wild ride, to say the least. Series creator Vince Gilligan guided us through the Albuquerque underground, from hookers and junkies to hitmen and millionaire distributors.

The show was meticulous in its continuity, with every detail saved and stored for later, rising to the surface when you had just forgotten about it. Characters wouldn’t simply kill someone and forget about it the next episode. They would be haunted by it for the rest of the show. And White was in the middle of it all. Caught between his normal family-man life and his violent, exciting new side gig, White slowly became consumed by the latter, transforming into his alter ego Heisenberg.

The series finale “Felina,” showed White confronting his past mistakes head on. Plot lines spanning multiple seasons paid off, and every major character was given his/her farewell (in one way or another). White died surrounded by everything that he had created. We learned all there was to know about Heisenberg, and his path was complete.

With all that said, it seems naïve to have thought, as we did, that Gilligan was just going to let Jesse Pinkman (Aaron Paul) drive away.

With a howl and the pedal to the floor, Pinkman smashes through the gates of the neo-Nazi compound that served as his prison, and El Camino begins.

The movie immediately makes one thing clear: this is still ‘Breaking Bad.’”

The movie immediately makes one thing clear: this is still Breaking Bad. The six years that have passed in our world haven’t had any effect on Pinkman’s. It feels like a two hour long Breaking Bad episode, and that’s not a bad thing.

Gilligan was careful to make Albuquerque feel just the same as it did when we last saw it, albeit a little prettier. From suburban streets to the wide open desert that we’ve come to know so well, every shot draws you into this not-quite-reality that Gilligan created. From time to time, the movie revisits those Breaking Bad shots, like time lapses, that were frequently used throughout the series. Again, not a bad thing. One particular shot where Pinkman points his gun directly at the camera is a standout. This seamless transition from series to movie allows the audience to quickly become re-enthralled with the world of blue meth and burner cell phones.

Pinkman’s first stop is at Skinny Pete’s, his loyal friend and business partner. Both Pete (Charles Baker) and his best friend Badger (Matt Jones) are the same highlights here that they were on the TV series. Their humor and heartwarming friendship with Pinkman takes the edge off of the harrowing opening for the audience, just as it does for Pinkman.

From there, the audience is left guessing what Pinkman’s next move is. We follow him from spot to spot as he tries to figure out what to do himself. When we can’t deduce what he’s doing, the movie fills us in with flashbacks that center on his relationship with Todd (Jesse Plemons) during Pinkman’s time as a meth cooking slave. Todd is still the same unassuming yet creepy weirdo that he was in the show, and his presence makes those scenes that much more enjoyable, even if you want nothing more than for Pinkman to reverse history and strangle him right then and there. These flashbacks make up a large portion of the first half. They’re great but not as entertaining or exciting as the present day scenes.

It’s a slow burn, but every second feels worthwhile.”

There’s no need to explain the plot beyond that. It’s best not to know anywhere that it goes. It’s a slow burn, but every second feels worthwhile. Everything adds to Pinkman’s journey. We see the rest there is to know about Pinkman. How he deals with being the most wanted man in the state, without the help of White, is perfectly in line with what we know about him from the series. That’s not to say it’s predictable. El Camino doesn’t really end up doing what you think it would, and neither does Pinkman. But it all makes perfect sense.

No one would have cared about Pinkman if it weren’t for Aaron Paul’s incredible performance. He slips back into the character so easily that you completely ignore that he looks six years older than he should. Pinkman went through so much suffering during Breaking Bad, and Paul made it all believable. Pinkman became the heart of the show, the one we rooted for, because of his performance. That carries over into this film.

Instead of adopting a mopey, depressed attitude for the movie’s entirety, a sense of urgency defines Pinkman this time around. Pinkman tried being sad to solve his problems, and it didn’t work out. He knows he needs to get away from Albuquerque. The time for personal reflection and pain comes later. Pinkman does fall back into his cocky, brash ways from time to time, and it is so much fun to watch. Aaron Paul pulls all of this off with ease.

It would have been impossible to make this movie without at least some callbacks, references and cameos. That’s all there, but it’s not distracting or cheap. Gilligan made sure that this wasn’t simply a rehash of old jokes and lines. When familiar faces do pop up, their scenes are brief. They don’t feel thrown in, included “just because,” as if to say, “Look who it is. Now cheer.” Instead, we’re shown these characters from Pinkman’s perspective and see what they mean to him.

A sense of paranoia hangs over the entire two hours of El Camino. Everyone in this town is looking for Pinkman. This gives way for fantastic moments of suspense.”

A sense of paranoia hangs over the entire two hours of El Camino. Everyone in this town is looking for Pinkman. This gives way for fantastic moments of suspense. Pinkman is constantly on the run and constantly put in situations where he has no time to think about his next play. One wrong move means death or capture, and he has almost no one to help him. We get to see Pinkman being the smart one, for once.

The tension is countered by Breaking Bad’s unique brand of humor, which returns gloriously. This movie is funny. Like, really funny. Again, those moments of Pinkman just being himself lead to some of the funniest scenes. Without comedy, the movie would have been too serious for its own good. It wouldn’t have felt like Breaking Bad.

There’s been some debate over whether El Camino was necessary. Maybe it wasn’t. Was it not enough to know Pinkman escaped? Did we really needed to see what happened after? I was unsure myself. We could have gone forever not knowing the fate of White’s right hand man. His screaming, speeding escape seemed like the perfect end for the character.  I didn’t know where this movie could have gone that wasn’t covered in Breaking Bad. I shouldn’t have had any doubts. I should have known that Vince Gilligan would deliver. There was so much more to learn about Jesse Pinkman.

I shouldn’t have had any doubts. I should have known that Vince Gilligan would deliver. There was so much more to learn about Jesse Pinkman.” 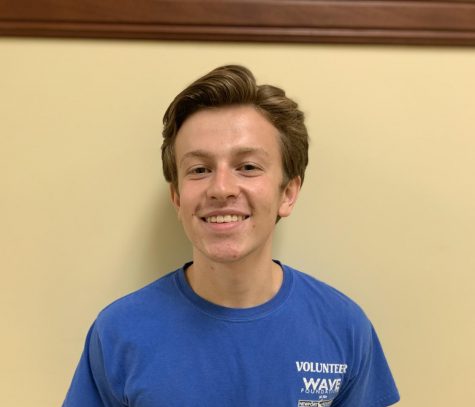 In his first year as a Chatterbox member, Matthew Proietti is stoked to join the team as a journalist. He is looking forward to working with his fellow...