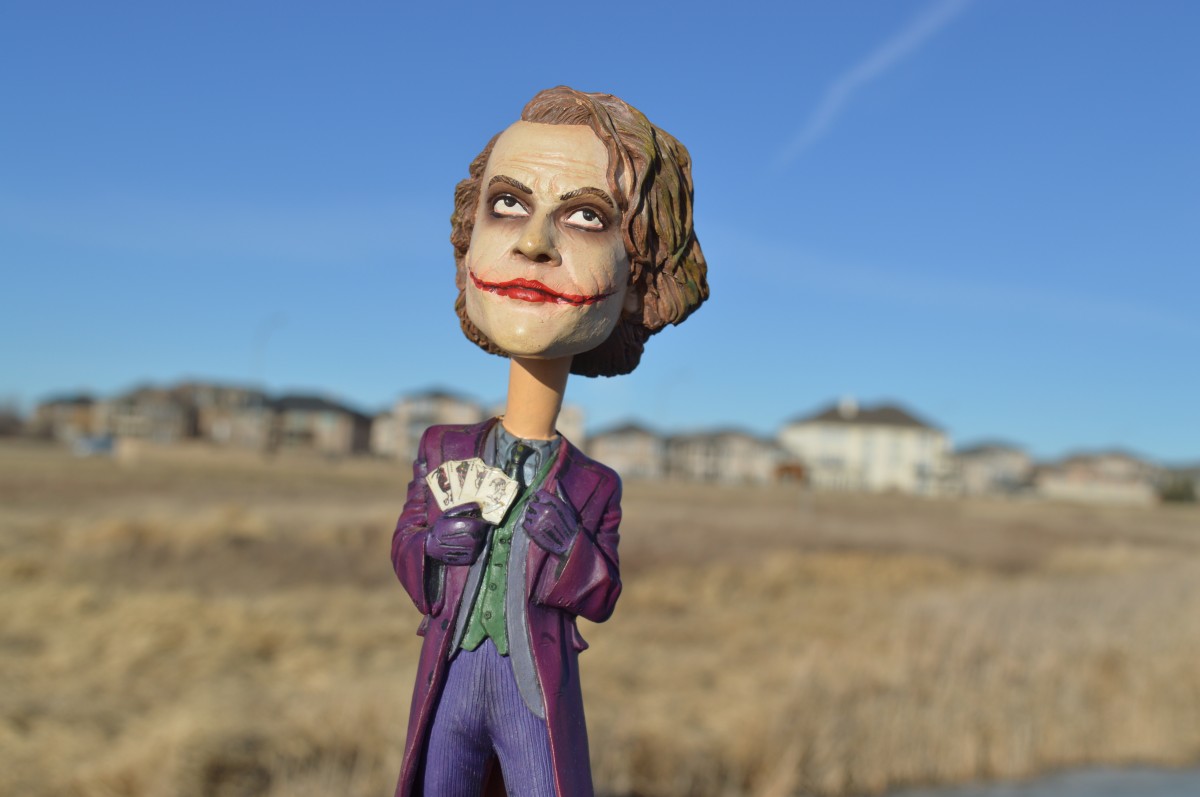 Heath Ledger's depiction of the Joker in 2008's The Dark Knight has defined the role since, commonly appearing in pop culture. Now, Joaquin Phoenix takes on the role for the first time in the Joker's own solo film. (Courtesy pxhere)

Heath Ledger's depiction of the Joker in 2008's The Dark Knight has defined the role since, commonly appearing in pop culture. Now, Joaquin Phoenix takes on the role for the first time in the Joker's own solo film.

Arguably the greatest villain in comic book history is Batman’s archenemy the Joker. Originally appearing on April 25, 1940, the Joker was a mysterious, cold-hearted murderer who announced his next victims on the radio, knowing that no one would be able to stop him in time. The original plan was for the Joker to be killed off in his debut issue, but the editor of DC Comics (then Detective Comics) squashed the idea, allowing for the character’s rise to his now iconic stature.

Now, nearly 80 years later, the teaser trailer for the standalone film, Joker, fittingly launched on April 1, 2019, showcased the newest incarnation of the “Clown Prince of Crime,” played by Joaquin Phoenix. The film is supposed to serve as an origin story for the character, who has never had one true origin, as his starts in Batman (1989) and The Dark Knight (2008) are very different from each other.

While no story elements have been confirmed by Warner Bros. or DC, many fans have speculated over what kind of arc will be presented for the psychotic clown.

The trailer opens with the Joker’s original, non-psychopathic personality, Arthur Fleck, sitting in a therapy session, as he describes what he thinks his purpose in life.

“My mother always tells me to smile and put on a happy face. She told me I had a purpose. To bring laughter and joy to the world.”

The fact that Fleck lives with his mother as a middle-aged man shows hints of another mother-loving sociopath: Norman Bates of Psycho fame.

A shot pops up of Fleck dressed as a clown, spinning a sign advertising a going-out-of-business sale. A group of teenagers knock the sign out of his hands and run away with it. As Fleck chases them down an alleyway, one of the teenagers hits him with the sign, leaving him lying hurt on the ground in his makeup as they run away, as a voiceover plays of Fleck asking, “Is it just me, or is it getting crazier out there?”

This implies that, even if the final version of the Joker is a deranged psychopath, this movie will try to push the idea of a sympathetic character, at least during the beginning of the film.

After a pretty strange shot of Fleck dancing with his mother, the trailer shows him walking into the famous Arkham Asylum, silently going up an elevator along with a screaming man tied to a hospital gurney. A cutaway to a late night comedy club showcases Phoenix’s first laugh as the character, especially evident as it is the only sound playing at the time.

Cut to Fleck sitting in front of a mirror applying his clown makeup, using his hands to force a smile onto his face, reminiscent of the permanent smirk on the iconic interpretation of the Joker by Jack Nicholson in Batman (1989).

In a shot of an almost empty Gotham subway car, Fleck starts to crack up for no apparent reason. Three men in suits go up to Fleck, asking him what’s so funny, before beating him up without clear motivation, as another laugh plays in the background.

This line of “What’s so funny?” directed towards Fleck could be referencing the classic line from Heath Ledger’s Joker in The Dark Knight, “Why so serious?” directed to mobsters threatening to kill him.

An action montage plays of Fleck running from multiple unseen people, getting hit by a car, and dancing in front of a mirror, along with many people in clown masks fighting police officers, as a voiceover from Thomas Wayne (Brett Cullen) takes place. “Gotham’s lost its way. What kind of coward would do something that cold-blooded? Someone who hides behind a mask.”

Cut to a disturbing shot of Fleck pushing up the lips of a small child into a smile, not unlike the smile Fleck forced upon himself earlier in the trailer. Fans have speculated that this boy is Bruce Wayne, the secret identity of the Batman. While this would mean that Batman will never show up to fight Fleck (as Fleck would be in his 60s when Wayne would be in his mid-20s), this could again tie back to Batman, in which the Joker’s original persona Jack Napier ended up being the one who killed Wayne’s parents.

One of the final shots in the trailer is Fleck walking down a hallway in his full Joker getup: a red suit, yellow button up shirt, green hair and clown makeup. The newest incarnation of the Joker has been born.

At the time, this film doesn’t feel like a superhero movie. Instead, the influence of legendary filmmaker Martin Scorsese, and some of the films he has directed, is apparent. One of these elements is actor Robert De Niro, who has appeared in nine of Scorsese films. In Joker, DeNiro plays talk show host Murray Franklin, whis seems like an allusion to Scorsese’s film The King of Comedy, in which De Niro plays a stand-up comedian that holds a talk show host hostage in order to get a segment on his show.

There is a general consensus in the eye of comic book and cinema lovers that the title of definitive interpretation of the Joker character on film goes to Heath Ledger. The actor portrayed Batman’s nemesis in The Dark Knight, and ended up winning a posthumous Academy Award for Best Supporting Actor in 2009 after he passed away shortly after filming wrapped.

Fans have wondered if Phoenix’s interpretation of the character will come close to matching or surpassing Ledger’s, but, as this is a solo movie, and a big part of Ledger’s performance was playing off of Christian Bale’s Batman, it may be harder to compare the two than people think.

Joker will hit theaters on Oct. 4, 2019, and, with only the teaser trailer out now, fans can expect more footage to drop before the release date. 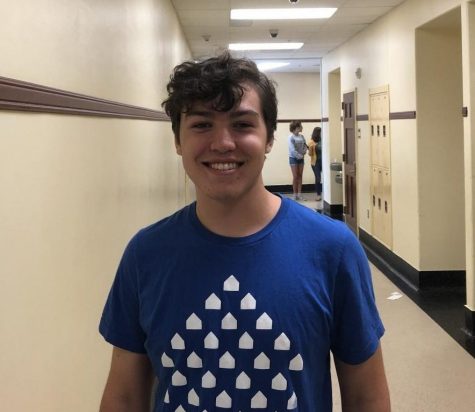 In his second year as a Chatterbox staff member, Owen Cummings is excited to work as the Managing Editor of Viewpoints. This year, Cummings wants to continue...