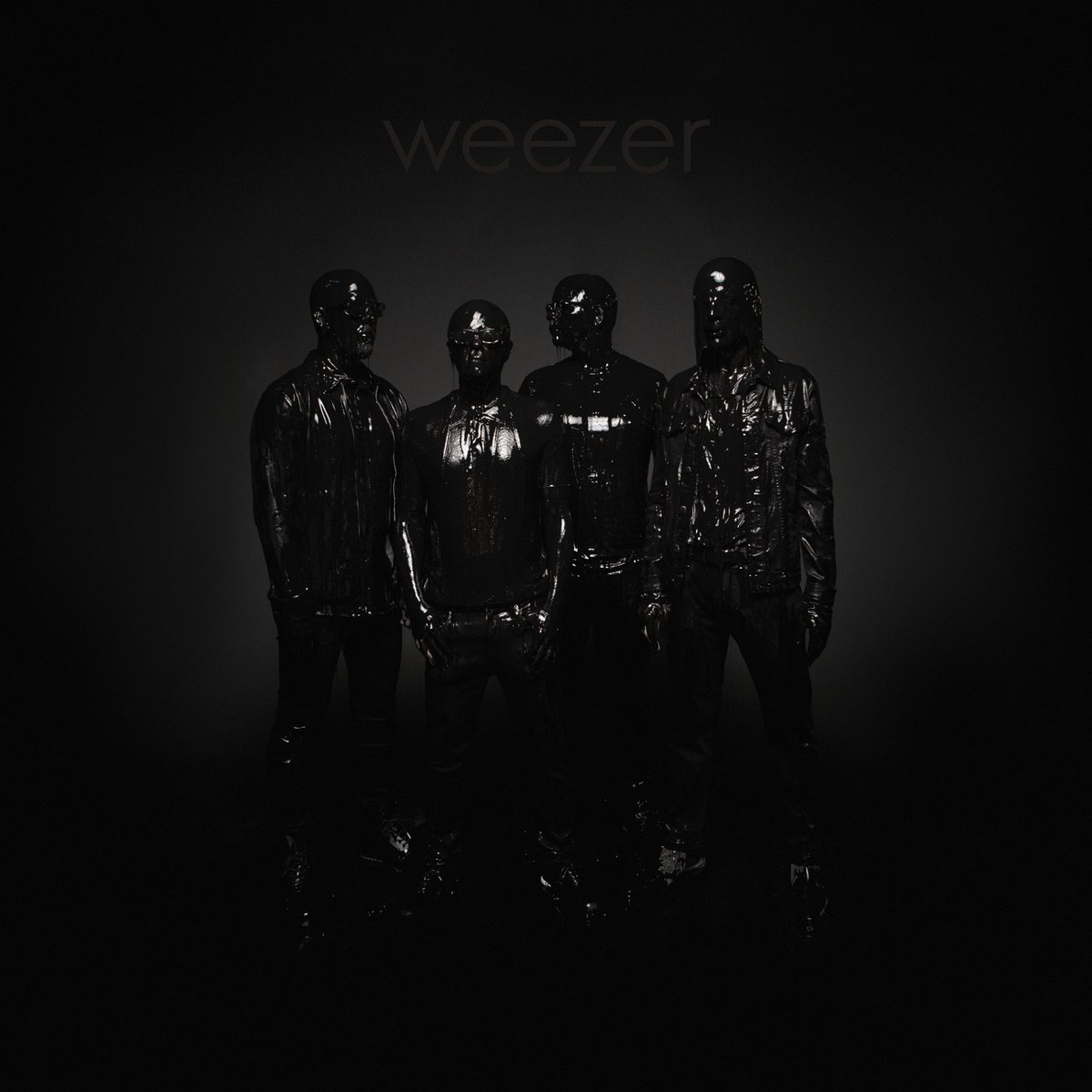 Weezer's newest self-titled album, known as the 'Black Album' combines pop experimentation with flairs of EDM and more traditional rock instrumentation. The 'Black Album' is Weezer's thirteenth album since their debut in 1994.

Weezer is no stranger to hits and they are no stranger to flops. Their debut self-titled album, dubbed the ‘Blue Album’ (1994) is now recognized as one of the most important albums of the 1990s, and their follow-up Pinkerton (1996) isn’t too far behind. Their newest project, another self-titled album known as the ‘Black Album,’ doesn’t meet these high expectations.

The ‘Black Album’ is a hodgepodge of EDM, alternative rock and pop influences all mixed together into one mediocre album. However, the ‘Black Album’ is a step in the right direction for Weezer, and a sign that they may soon refine their ‘sonic experiments,’ and find a more similar sound to their previous successes.

This album is again helped and hurt by the eclectic lyrics of lead singer and songwriter Rivers Cuomo. His writing style leads to stream-of-consciousness songs, for better or worse, and for this project resulting much more in the worse category. Many of the tracks are scarred by nonsensical lyrics and non-existent narratives. The ‘Black Album’ also marks a new frontier in music, as it was the first album to exclusively release on Fortnite, days before its commercial release.

The ‘Black Album’ opens with its best track, “Can’t Knock the Hustle.” It has strong instrumentation with clear funk influences, and has a happy tone that can be felt throughout the rest of the album. It sets the right tone, and its strong chorus and catchy hook draw the listener in to the rest of project. The tone is continued with “Zombie Bastards,” with great instrumentation over mediocre and repetitive lyrics.

As the album goes on, the tracks get less and less impressive, with many of them seeming either like over-polished radio pop edits of Weezer songs, or demos with almost random lyrics put over top. “Living in L.A.,” for example, was clearly made to top the charts, something that it will never do. Its glammy production doesn’t add to the classic campiness of Cuomo’s lyrics, and the whole song becomes a grating mess of verses and repetitive choruses.

This trend is continued with “Piece of Cake” and “I’m Just Being Honest,” which the average listener will almost forget about before the album is over. They have basic instrumentation and progressions, and are overall boring tracks.

“Too Many Thoughts in My Head” is Cuomo’s attempt to write off his strange lyrics, but it only comes off as annoying and monotonous. Like the previous tracks, it isn’t memorable, and there is little emotional weight with these middle tracks.

There is one more bright spot in this otherwise dismal album. “Byzantine” shows Cuomo’s biggest inspiration, The Beach Boys. This track, a slow island rock track, has a real lyrical narrative, and quality instrumentation. This track shows that Weezer can still make good music, and that there still may be some gas left in the tank. 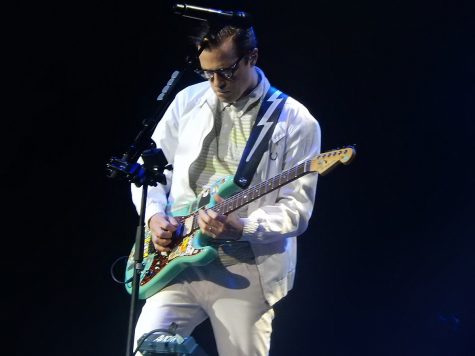 Courtesy Drew Fawkes/Wikimedia Commons
Weezer frontman Rivers Cuomo performing at the Brixton Academy in London in 2012. After the release of Weezer’s debut ‘Blue Album’ in 1994, Cuomo enrolled in Harvard University, citing burn-out from his newly found stardom. He dropped out to record the band’s second album, but eventually graduated in 2008.

The grand finale of the ‘Black Album’ is not a high point, but its worst track. “California Snow” sounds like an EDM remix of a Weezer song, very similar to their previous album Pacific Daydream (2017), which was disliked by listeners and reviewers alike. The track is overproduced, unemotional and features the worst lyrics Cuomo has written in his career. The best lines include “This is the definition of flow” and “and I play guitar, it’s sick.”

Few listeners came into the ‘Black Album’ with high expectations; I know I didn’t. The positive of this album, however, is that Weezer doesn’t seem to just be making music for the charts. With Pacific Daydream, they appeared to be making music for Billboard and not their fans, loading every track full of EDM and electronic beats, and leaving their roots behind. Now, it seems like Cuomo’s experiments are genuine, and it makes the music much more enjoyable.

While not all of these experiments worked out in the end, there were a few bright spots in the ‘Black Album.’ There still may be a place for Weezer on the Billboard charts soon after nearly 30 years, and Cuomo’s great experiments may pay off. While this album may be a let down for a listener looking for something more in line with the ‘White Album’ (2016), which harkened back to the days of early Weezer, it’s also a relief to those scared of more of Pacific Daydream. The ‘Black Album’ is no masterpiece, but it’s not horrible either. 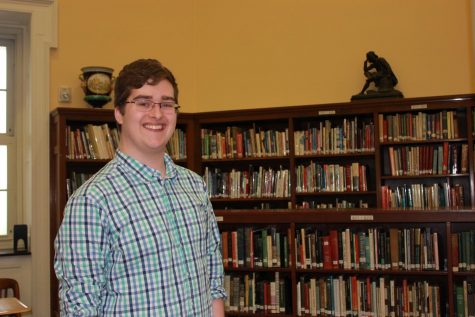 In his fourth year as a Chatterbox staff member, SENIOR Nick Robertson is very excited to work as the Deputy Editor-in-Chief....