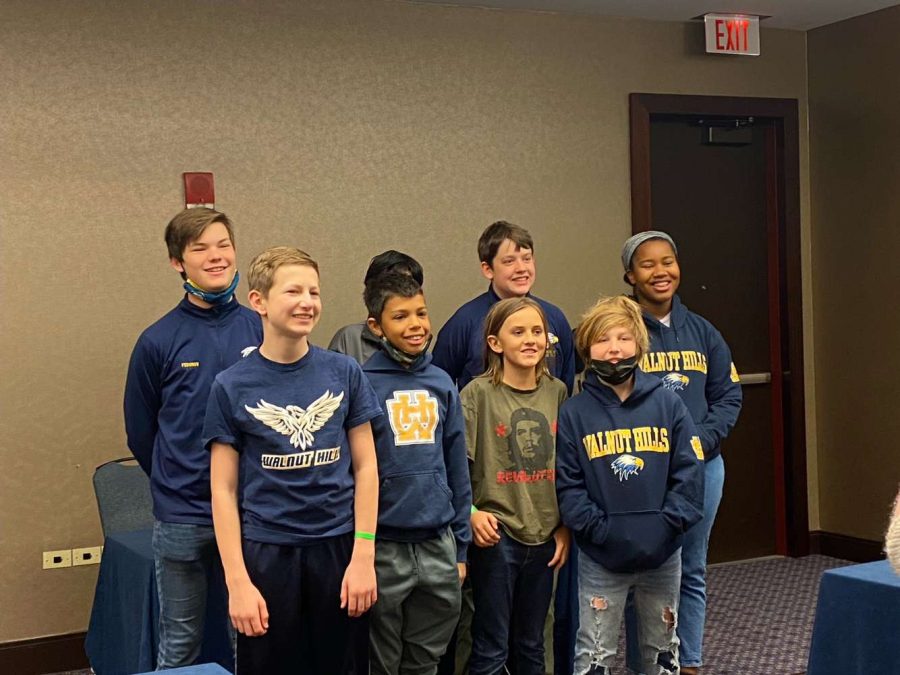 With an undefeated record, topped off by a championship win at the Northmont Middle School Invitational, the WHHS Academic Quiz Team earned their spot in the (NAQT) middle school tournament.

”I was a bit nervous about all the super smart teams there, but I got over that,” Tiernan Hicks, ‘27, said.

On May 6, the team began their journey to Chicago, being one of the 137 prestigious teams that made it to the tournament. Some of the players felt that the questions were slightly harder than what they normally would be.

“The questions were on a national level, so they were more difficult. I wasn’t scared to buzz in, but other people on our team were very quick to buzz,” Hicks said.

Overall, the team is ranked #2 in the entire state of Ohio according to NAQT and placed 93rd at Nationals.

Nikolai Fedorov ‘27 said it “feels awesome” to be considered a top 100 team in the country, and that the team  “really deserves it.”

Most of the players say that they’re ready for next year so they can get another shot at the National championship.

“I think we played very well at states, regionals, and our actual season, so that makes up for us not doing fantastic in Chicago,” Hicks said.

Some of the 8th graders are sad that they are leaving the JH team and are moving on to the high school team but say that they’re up for the challenge.

“I feel like I’m ready to move on from my middle school career and I can’t wait to see where my high school career will take me,” Fedorov said.

The team’s accomplishments cannot be understated. Not just the teams trip to Nationals but also their undefeated season and being the #2 ranked NAQT team in the entire state of Ohio.