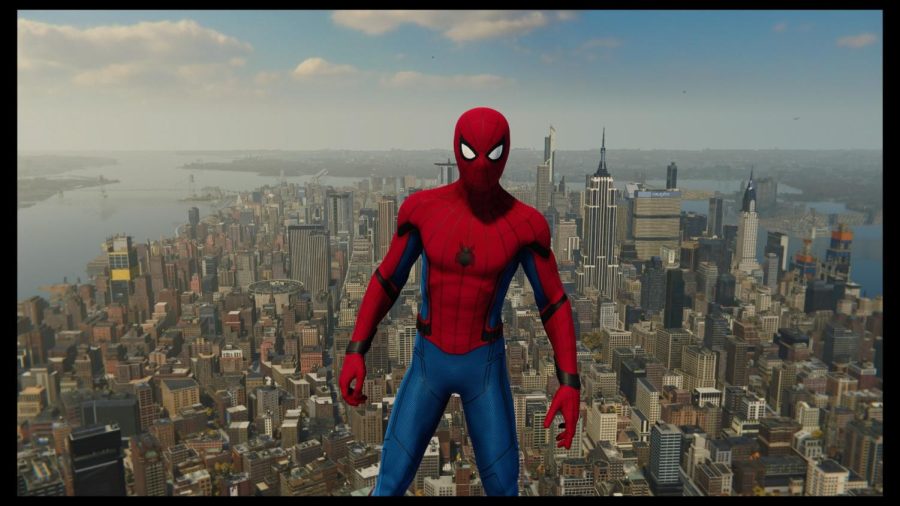 Spider-Man the dangerous vigilante is up in the theaters again. This time it seems as though his devastating effect on the city has reached outside this world and into his own mind.

Even though audiences were introduced to Peter Parker (Tom Holland) 12 films into the Marvel Cinematic Universe, it still takes a lot of contextualization to end up at Spider-Man: No Way Home.

We were thrown head-first into this Spider-Man with little background information in 2016 with Captain America: Civil War. He was a 15 year-old kid on YouTube with superpowers, who Tony Stark recruited. There was no real origin story, he was just there, fighting side-by-side with the Avengers. Normally, big hero team-ups happen towards the end of a superhero saga, but for Holland’s Spider-Man, it was the beginning.

Having to join an established franchise like the MCU can be difficult, especially with a character as well known and beloved as Spider-Man. So, where would he fit into all of this?

The answer was kind of underwhelming yet intriguing: being Tony Stark’s protégé. Stark would train Peter, show him the ropes and be the proverbial “Uncle Ben” of this universe, except in this universe, Uncle Ben can save the day at any time, or place, remotely with the Iron Man suit. A strong WiFi connection was the only thing stopping Peter from certain death.

It wasn’t until Peter escaped Stark’s sphere of influence that he came into his own in this trilogy.

No Way Home is an electrifying reminder that movie theaters are the place to be. Finally, after all this time, it feels like there is something actually worth taking a shower, putting clothes on, and going out to see. It was such a momentous celebration of the character of Spider-Man.

There were moments in this movie where everyone from hardcore comic book nerds to casual Spidey fans would have no choice but to start cheering. It was, what we assume, the closest thing MCU fans will get to the NBA Finals. The energy in the theater was like nothing we had ever been a part of. It was this giant room full of mostly strangers who were all laser focused on every little thing this movie had to offer.

For that reason, the gaping plot holes are a bit more obvious, but are easy to look past because of how unique this movie is.

After Spider-Man’s secret identity was revealed to the whole world by Mysterio in the trilogy’s second film, we got really excited. We thought there were so many cool ways Marvel could take this, and we were wondering how far they would take it. The answer is not very far at all; after just a few minutes of screen time about his identity being revealed he goes to Doctor Strange and gets him to cast a spell to make everyone in the world forget who Spider-Man is.

After the spell gets botched because of multiple alterations of the spell by Peter, rifts open up to other universes, and villains from all over (including past films) fly through them. Peter quickly rounds up the bad guys and seeks an alternative to hand-to-hand combat: rehabilitation.

Peter wants to “fix” the villains so they don’t end up dying once they get back to their own universe. The movie is definitely trying to ask a lot of ethical questions few superhero movies are willing to ask, and it is refreshing to see a different approach taken in “No Way Home.”

Peter Parker’s heart has been in the right place for the entire Tom Holland trilogy, but he has still largely felt like a child seeking guidance from adults. It’s even how Mysterio took advantage of him in Spider-Man: Far From Home, but after his sixth film appearance, Peter grows up.

He is not a kid anymore, even if he may only be canonically 17. Peter knows his expectations and exceeds them. He knows his responsibilities, we know his responsibilities, and after all this time, Peter no longer needs the help of Tony Stark, Mysterio or Doctor Strange. Peter puts the teen drama behind him and learns to give up his childish ways that charmed us for the last two movies.

Spider-Man didn’t just have his identity revealed with No Way Home, Peter Parker did too. We got to see Peter as the man we wanted him to be and the man he ended up becoming.