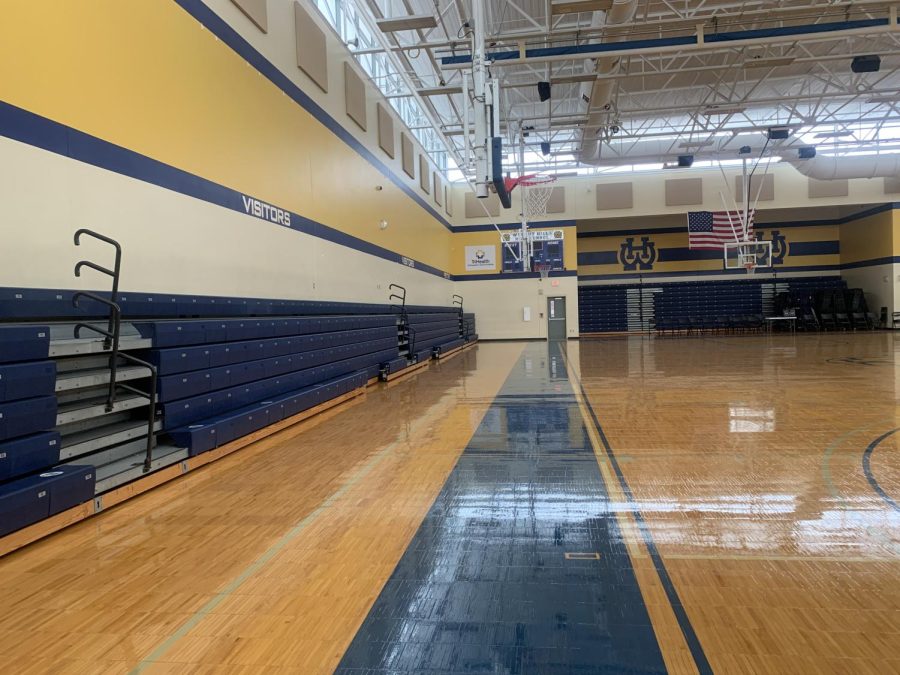 During the upcoming WHHS basketball season only 50% capacity will be allowed because of COVID-19. Even though there will be a limited number of fans, students plan to compensate for that missing spirit.

The recent announcement that the WHHS basketball games will only be allowing 50% capacity is proof that COVID-19 is still affecting WHHS sports teams. The new capacity limit will be a change for basketball players and the overall environment at the games.

Even though there will be a limited number of fans, students plan to compensate for that missing spirit. “We’ll bring that energy needed to the court,” SENIOR nuthouse leader Kylie Bridgeman said.

With the capacity limit, it will most likely be only SENIORS allowed to attend the games, therefore, the nuthouse will have to work to make sure all the students feel involved in the gameday atmosphere.

To get the same feeling as full capacity, the student section is going to have to be twice as loud.

“It’s going to be a struggle with only having 50% capacity to still be the type of student section that we are,” Bridgeman said.

After playing with no fans last year due to the pandemic, the SENIOR basketball players are excited about having at least some support. These eagles plan to make the most of their last basketball season here at WHHS, despite limited audiences.

Sean Harmon, ‘24 is very excited about his first year on varsity. He has watched games as a fan in the past and saw the energy the fans can bring to the court.

“The environment won’t be at 100%, but still some fans are able to come, which I’m happy about,” Harmon said.

Basketball players attest that the energy from the fans has an impact on how they play and the enjoyment of the game.

Even though it is not 100% capacity, it’s a little taste of what the nuthouse was like before COVID-19 and students are excited about the return of the WHHS eagles on the basketball court.