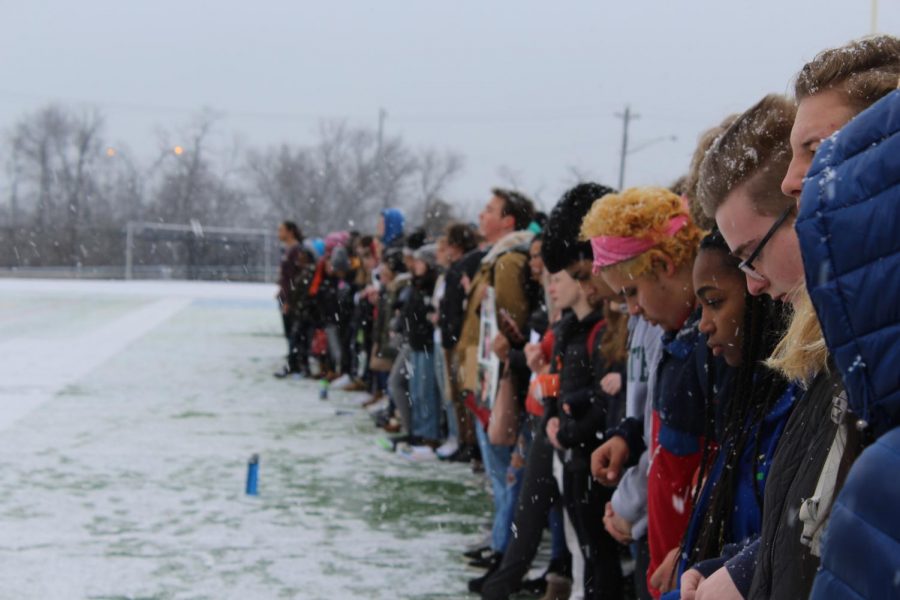 Students at WHHS walked out of class to take part in a national student gun violence protest in response to the Parkland shooting in 2018. Student activists have shown with walkouts such as these that students, even though they cannot vote, can make a change.

Recently, there has been a lot of political turmoil in the US with movements for racial justice, climate change, and gun control gaining traction. Many are speaking up about their beliefs but one voice that is seldom heard within the discussion of politics is that of seventh and eighth graders.

Older people may tend to think that middle schoolers are incapable of understanding politics. However, many are anything but. With so many constant changes in the world it can be hard to stay informed and up to date on current events, but some feel that it is important to do so.

“We will have to decide who our nation’s leaders are…eventually there will be a Gen-Z President,” Lalya Owliaie, ‘25, said, “Maybe [a] high school senior wants to run for president one day. So they should stay informed with what’s happening now…I’m 13. I still like to stay informed with politics because I will choose our nation’s leaders…Who knows when I’m 35, I might want to run for president.”

In the world today with easy access to knowledge, many seem concerned about the current political climate.

“I do have concerns because…politics isn’t what it used to be because it’s just two grown men yelling at each other for no reason,” James Magan, ‘26, said, “Neither one’s correct. [We are] supposed to be looking at these people and being like, that’s a suitable person to run the country with the most weapons in the entire world, but there’s just no one suitable to do that.”

Just as President Trump and former Vice President Biden discussed important topics at their debates, students are able to as well.

The topics discussed at the debate are reflections of what the people find important. These people include teenagers such as Lilian Blume, ‘26, who said, “I think systemic racism is pretty big right now, there’s a lot of protests for it which is great. I’m protesting for it. And it’s good that it’s getting more attention now.”

With the murder of George Floyd sparking protests and riots across the nation many young people are trying to make an impact by marching and protesting for change. Big issues such as Black Lives Matter protests are prevalent in the news, and kids are becoming more politically aware. In fact many protests and marches were organized by teenagers.

Protesting is not the only way students believe they can make a change.

Student activists have shown that by banding together, kids can make an impact. Shocked by the Parkland shooting in 2018, almost 200 students walked out of their classrooms at WHHS taking part in a national protest against gun violence. Students all over the nation left the people of America something to think about that day.

Many movements today, such as the movement against gun violence, seem to be led by young people indicating that they feel politics plays an important role in their lives.

“Just because I can’t vote doesn’t mean it doesn’t play a major role in my life, because I’m a citizen,” Tristan Zistler, ‘26, said, “People that are elected are influences in a person’s daily life either for the good, or for the worse. So it doesn’t matter what age you are, it can still affect you. And affect how you live and how you go throughout your day, depending on who’s elected.”