Alumna creates art with an impact 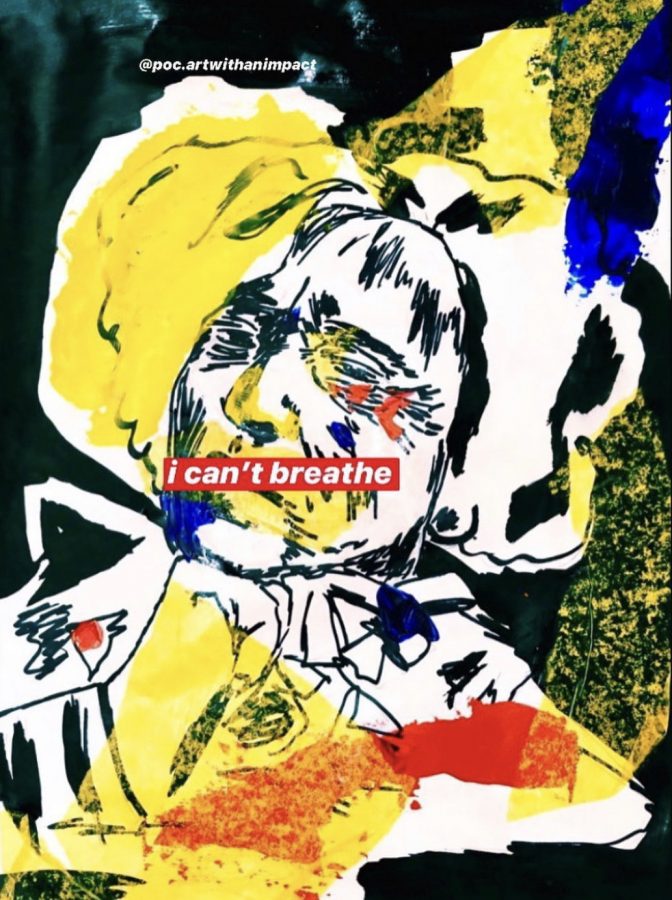 WHHS alumna Maham Usmani, ‘19, a current Ohio State sophomore, started creating works of art her junior year of high school. The focus of her art? People of color. Her goal? To spread awareness beyond petition signing.

“The Black Lives Matter (BLM) movement is something I’ve always been passionate about and spoken out about it to my friends and signed petitions, but I wanted to have something that was my own that contributes towards it,” Usmani said.

She made the decision to go back through pieces she had already created and add BLM specific elements, then she would print them off and sell them.

“I was trying to represent minorities in my work, over the summer the BLM movement reached its peak, so I went back to my art work and edited it and added captions such as ‘I can’t breathe’ and I started advertising about it,” Usmani said.

By selling to friends, family and followers of her newly created Instagram account, poc.artwithanimpact, she was able to raise over $400 for the George Floyd memorial fund. But she didn’t stop there.

Every month Usmani chooses a different social cause to be the main focus of her art. “Even if I’m not [drawing] people, I just try to tell the story of different cultures,” she said.

She is currently working on making her art an official nonprofit organization and making a website for her more large-scale orders. Her goal is to eventually be able to sell her art outside of Ohio, but for now she will continue to sell through her Instagram.

Usmani claims her passion comes from the support of people around her and she was inspired by WHHS’s diverse student body.

“I think Walnut really shaped me as a person. Every single teacher I had from seventh grade to senior year supported me in everything I did,  I gained so much confidence and was really able to figure out who I was,” Usmani said.

She has since taken what she has learned from her time at WHHS and continues to spread awareness while encouraging others to do the same.

“I think the biggest thing is just not being shy and not staying quiet. It’s like when I was at Walnut as a freshman I started [Salam Club] which was devoted to learning more about Islam because there weren’t many Muslims at the school,” Usmani said, “At first I didn’t want to make it because I thought it’d be drawing attention to myself but I got so much support and I realized there are so many people who wanted to learn about it.”

Due to the club’s immense success at WHHS, she decided to do the same in college. She and a few of her friends are in the process of starting the first ever Muslim sorority.

“I think it’d be really cool just because a lot of people are from this same community but aren’t as comfortable about it so [we] are just trying to create something they can be a part of,” she said.

In addition, Usmani is also in the process of writing her first book- a collection of her personal experiences throughout high school trying to find herself and embrace who she is.

“It started off in quarantine just because I loved writing but didn’t really have an outlet for that. I don’t really know what I’m going to do with it but it’s more of a coming of age story,” she said.

Usmani’s art work is currently featured on her Instagram, poc.artwithanimpact, and a website is soon to come. All proceeds go to that month’s featured social cause.

Listen to the Chatterbox’s interview with Usmani on the Chattercast podcast.