‘Controlled blasting’ begins at the border 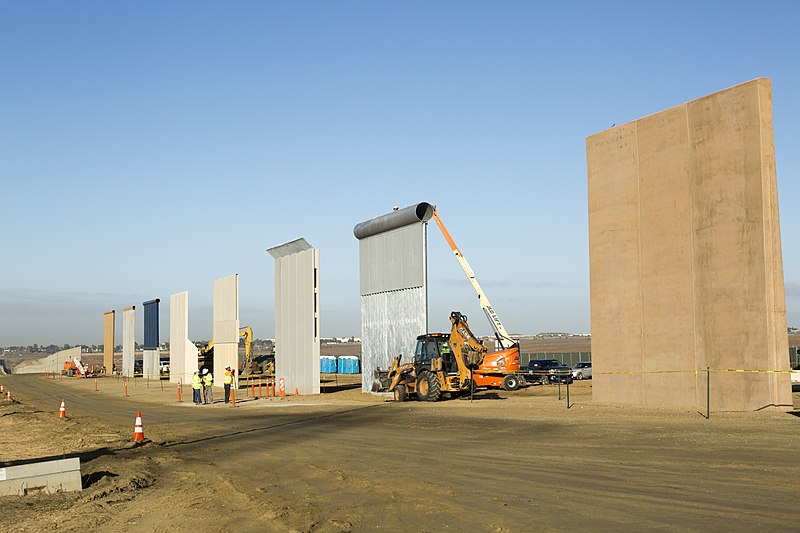 Border wall construction at the Organ Pipe Cactus National Monument. To clear the path for the US-Mexico border wall crews have begun “controlled blasting” in areas such as Monument Hill, where a O’odham burial ground lies.

Construction crews have begun “controlled blasting” in Arizona’s Organ Pipe Cactus National Monument to make room for the US-Mexico border wall, and according to an Arizona congressman, one of the areas affected contains a sacred Native American burial site.

Organ Pipe Cactus National monument is an internationally recognized biosphere, meaning it contains very rare plants and animals. The area also contains sacred ancestral sites of the Tohono O’odham Nation, one of over a dozen tribes who make claims of connection to the land.

According to Rep. Raúl M. Grijalva, crews have begun blasting in Monument Hill which “is the resting place for primarily Apache warriors that had been involved in battle with the O’odham. And then the O’odham people, in a respectful way, laid them to rest on Monument Hill.”

He also told CBS News that “there has been no consultation with the [O’odham] nation. This administration is basically trampling on the tribe’s history — and to put it poignantly, its ancestry. Imagine how we’d react if a hostile government dug up Revolutionary War soldiers’ remains without consequence or stole our groundwater while they thought we weren’t looking.”

“I think that [the government] definitely should have [contacted the O’odham people] because they have to respect what was there and the damage [the blasts] could do,” Khara Rosebrook, ‘24, said.

In addition to burial grounds being destroyed to make room for the wall, saguaro cacti, which are sacred to the O’odham people have been bulldozed as well, Laiken Jordahl of the Center for Biological Diversity said.

“They’re plowing over ancient saguaro cactuses, 200-year-old cactuses, chopped up like firewood — it’s appalling. They are also sacred to the O’odham; they see them as the embodiment of their ancestors. So to see them turned into mulch — it’s deeply upsetting,” Jordahl said.

A few WHHS students responded to the news of the saguaro cacti being knocked down in a similar horrified manner.

“We’ve taken so much from Native Americans, our ancestors stole their land and assimilated them. And I think we should respect their culture and their beliefs should be protected…We have freedom of religion so [the cacti] should be protected under [that],” Evelyn Wheatley, ‘21, said.

There are not only concerns about sacred cacti and sacred burial grounds being destroyed, but also about the effect these blasts will have on the environment and the archaeological sites inside the Organ Pipe Cactus National Monument.

In an internal report from the National Park Service obtained by the Washington Post says that the construction of Trump’s border wall could destroy up to 22 archaeological sites in the National Monument.

Trump’s administration is legally allowed to waive laws that protect Native American burial grounds, such as the O’odham Nation’s burial ground, the environment and endangered species under the 2005 REAL ID Act.