The unseen barriers in AP classes 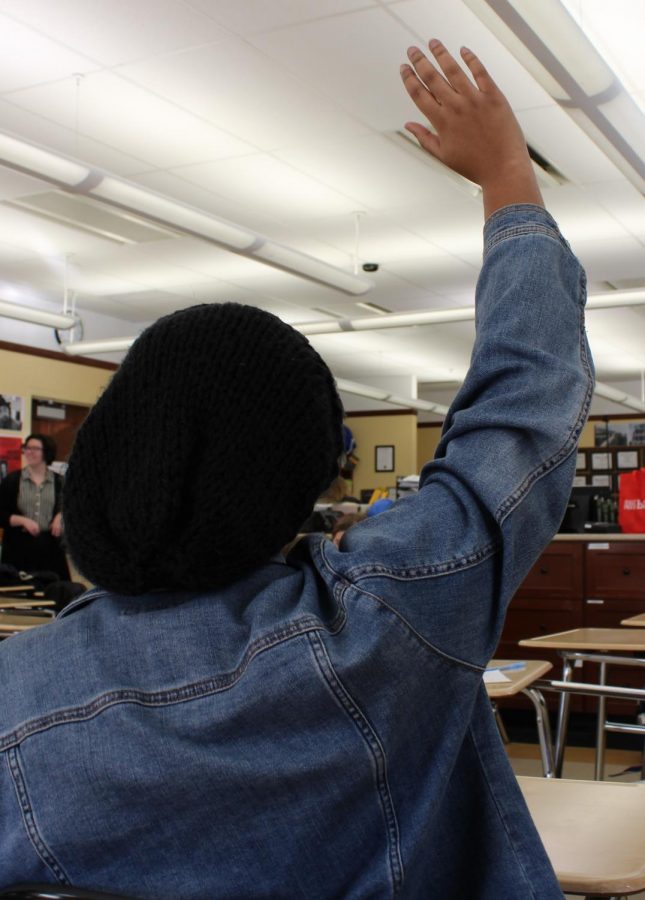 Here at WHHS, there is a visible gap in the student demographics of who take these advanced courses. “My classes over the last 14 years have been, as a majority, white,” WHHS AP Literature teacher, Blake Taylor, said.

Colleges tend to look favorably on applicants who take higher level classes, such as Advanced Placement (AP), International Baccalaureate (IB) and honors classes. These courses are designed to provide a more rigorous curriculum for students and to give them a chance at receiving college credit.

However, these opportunities can seem futile when every student doesn’t get an equal chance to participate in them. Statistics say that some students, mainly those who are black or Latino, are put at a disadvantage.

Here at WHHS, there is a visible gap in the student demographics of who take these advanced courses, and it has been noticed by members of the faculty and student body alike. The students who take AP classes are not representative of the diverse community of students that walk the hallways.

Blake Taylor, an AP Literature teacher, said that “my classes over the last 14 years have been, as a majority, white.”
Sandee Coats-Haan, an AP Physics teacher, added that “the divide is worse in STEM classes.”

In 2019, according to College Board, there were 661 white students (including Middle Eastern origin) at WHHS taking AP Exams, which surpasses other ethnicities by approximately two-thirds.

Not only is there a racial gap in the students who take AP classes, but there is also a gender gap involved.
According to College Board, there were 617 female students at WHHS taking AP Exams in 2019, while there were only 509 male students.

When Smith was asked whether there were more African-American girls than African-American boys in her honors classes, she replied that there were “more girls.” Johnson said it was “about equal,” but she also said there was a slightly higher percentage of girls in some of her classes, particularly in her AP Seminar Class.

It is possible that more girls take AP classes than boys, regardless of race. For example, Taylor mentions that in his AP Literature classes that girls generally outnumber the boys.

Given the advantages that AP and IB classes have on the college admissions process, even the slightest progress of working towards more equality in these classes could end up making a world of difference.

Dr. William Gordon, an AP Calculus teacher at WHHS, said that “AP teachers should be encouraging any student who has a likelihood of success to take the course.”

“If you’re talking about making our AP classrooms look like the school as a whole, and its demographic makeup, then that’s something that would require changes on multiple fronts,” Taylor said.

Coats-Haan said that she “wants to do everything in my power to ensure that my classroom matches the diversity of Walnut as a whole. But I honestly do not know how to accomplish this goal.”

Additionally, some families simply have better opportunities than others, increasing barriers for many. Some families have the money to hire tutors for their children, while other students may need to prioritize a job or helping their family.

There needs to be certain steps taken by the faculty if changes are to be seen in the future. “The school needs to take into consideration more than just grades and homework,” Johnson said regarding how students were placed into honors and AP classes.

To add to this, Mariah Couch, ‘22, said that there should be “a required [event] in the auditorium just for AP classes, [just like] we do for optioning.”

Jakayla Rogers, ‘22, adds that “it’s more up to the student body to encourage more African American students in general.”

Regardless, while there are still gaps to be worked on, WHHS overall as a school is faring better in terms of diversity in AP classes than many other schools.

“Most people have zero or one [women or African American students] and I have plenty,” said Gordon about the students he has.

Coats-Haan said that for 18 years at the suburban school she formerly taught at, she “never had a single black female student” and added that “at Walnut, I have more black students, but not nearly enough.”