How SENIOR athletes paved a new road for the soccer program 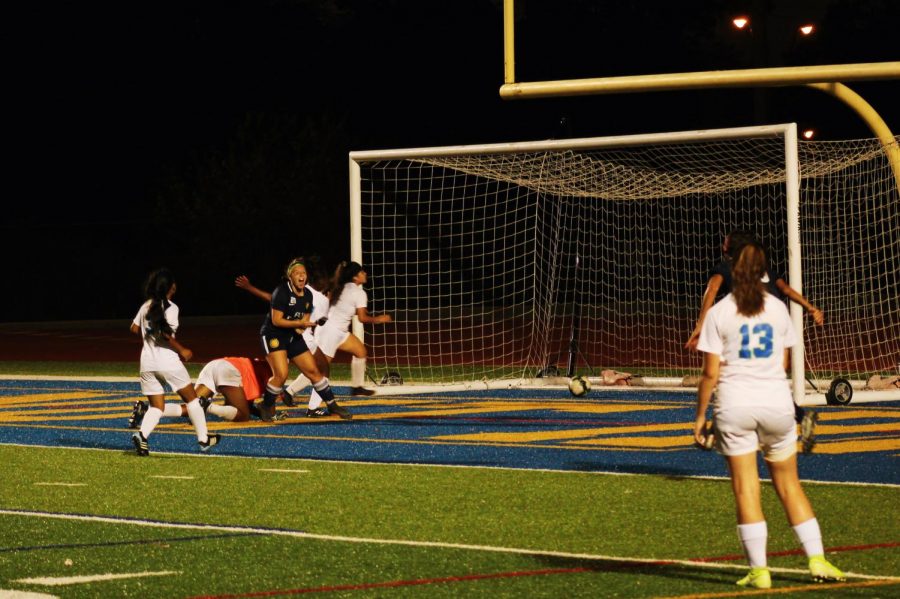 The varsity girls’ soccer program at WHHS has had a great run. All the ups and downs helped form the unbreakable bond shared by SENIORS Eva Schomaeker, Allie Keller, Bailey Brant and Megan Franke.

When asked about the unique bond the girls share, Brant said, “I realized I was playing with my second family all along. Girls that will always have my back through the toughest times and all of the wins and losses.”

They have been playing together for six years and it’s coming to an end quickly. Through the years, the players have looked up to five classes of SENIORS. Now it’s their turn. These SENIORS have a big responsibility being the oldest players in the program. They must perform both on and off the field and be good examples of student athletes for the younger players.

Their love of soccer has helped them be good role models and persevere through the big changes in the soccer program. They had to prove themselves to three new coaches in four years which is a lot of responsibility, especially for the SENIORS and captains that lead the team.

“Playing a sport while maintaining good grades is not an easy task, especially at Walnut, but it has been 100 percent worth it,” Keller said, “even if it means staying up late on school nights or not going out on the weekends, I wouldn’t have changed anything.” Taking on such an ambitious task wouldn’t have been possible if the team didn’t constantly support each other.

Strength coach Kendal Fitzgerald experienced the SENIORS support for each other and the whole team first hand.

“These SENIORS showed mental toughness, physicality on the field, dedication to the program, and how to be leaders off the field,” Fitzgerald said, “the varsity team had a lot of freshmen and sophomores. The SENIORS even took some underclassmen underneath their wing and were good role models to them.”

Even though their record may not show it, the girls’ countless hours of hard work has not gone unnoticed. “They have laid a foundation for the work they have put in the weight room on the field and in the classroom.

The SENIORS this year really exemplified what we want players to be in the future,” James Price, the girls’ varsity head coach, said.

The girls are sad that the high school soccer days are winding down but all plan to play some level of soccer in the future and will continue being leaders for the rest of their lives.

Their commitment to being a student athlete will be an example to many in the years to come.