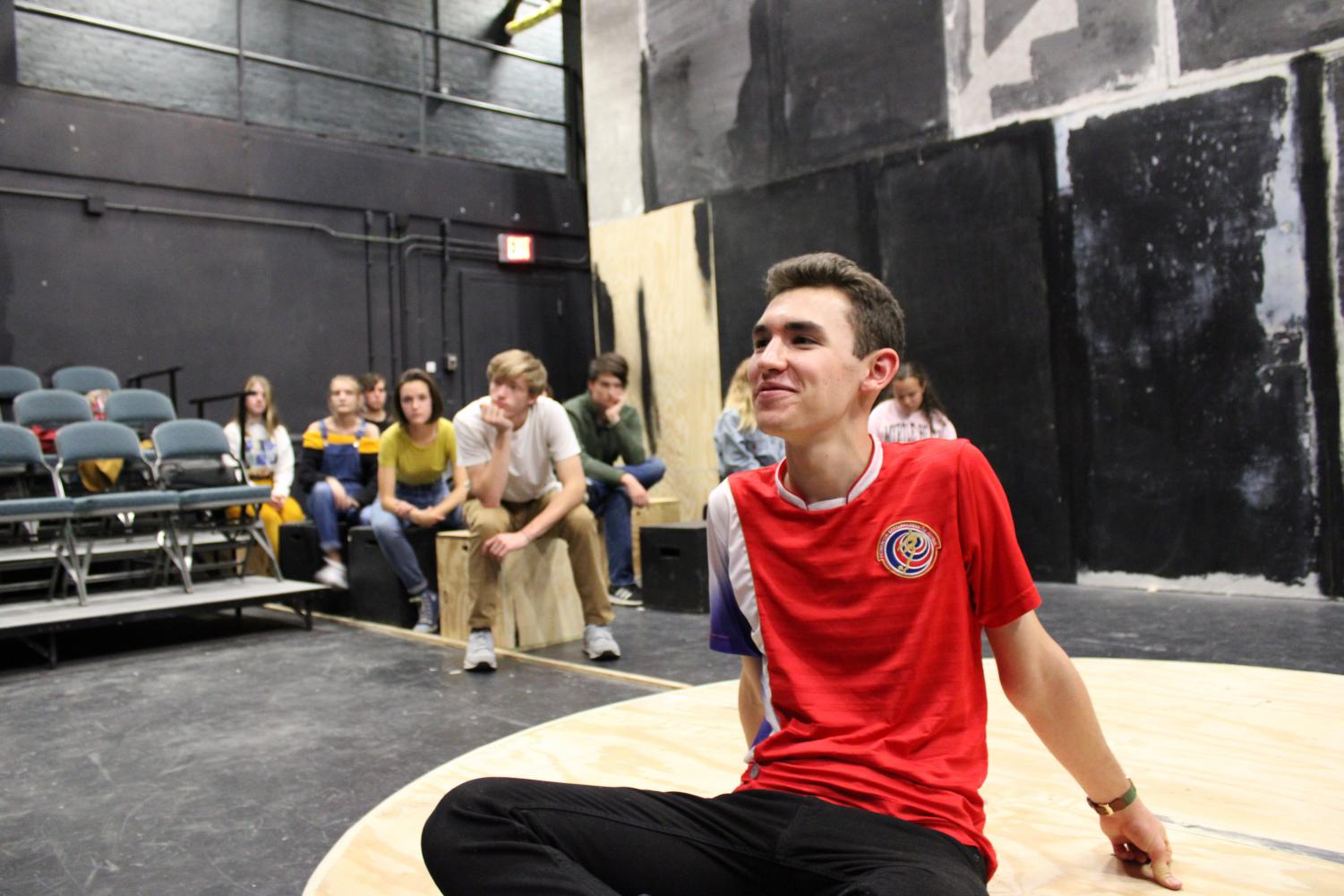 Jack Giglia, ‘21, listens intently as director Michael Sherman gives advice on how to better connect to his character, Christopher. Meanwhile, the ensemble watches in the wings, as they do throughout they show, occasionally moving set pieces around the stage. (Abby Jay)

I think the show is trying to show us that Christopher isn’t really that different from all of us.”

In her third year as a Chatterbox staff member, SENIOR Abigail Jay is excited to work as the Managing Editor of Visual Elements. She is forward to the...