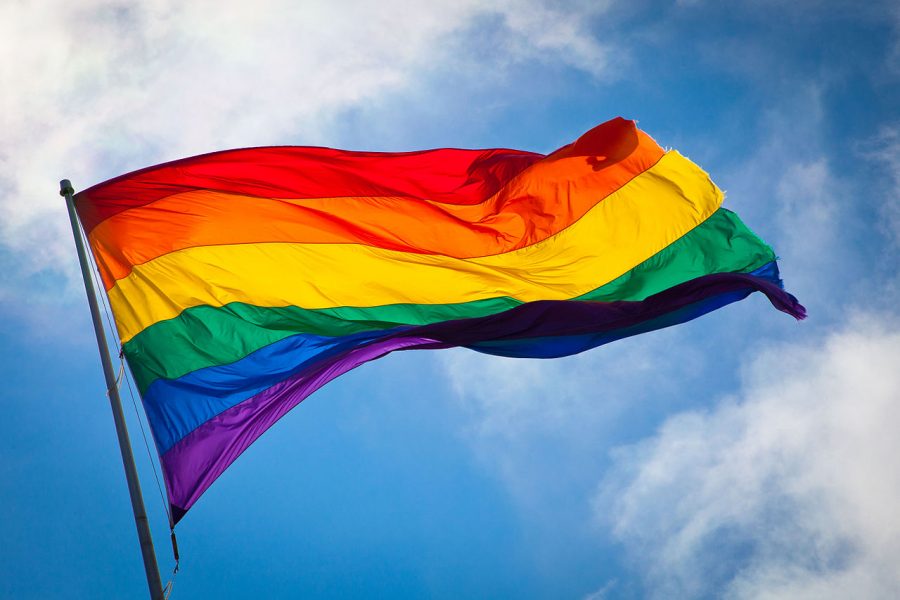 National Coming Out Day is celebrated on Oct. 11 and it recognizes LGBTQ+ pride, which is represented by the rainbow flag. It was created in 1988 by LGBTQ+ rights activists Robert Eichberg and Jane O’Leary to be on the anniversary of the 1987 Gay and Lesbian Rights March on Washington.

Oct. 11 was National Coming Out Day. This American holiday recognized by the LGBTQ+ community was created in 1988 by LGBTQ+ rights activists  Robert Eichberg and Jane O’Leary to be on the anniversary of the 1987 Gay and Lesbian Rights March on Washington. It’s important to remember that National Coming Out Day is not about forcing our friends out of the closet, but celebrating ourselves and each other.

10 LGBTQ+ coming out songs (in no particular order) in honor of National Coming Out Day (Oct. 11):

This song, released by Cyndi Lauper in 1986, is about seeing someone for who they truly are and loving and accepting them even if others have discouraged them from being themselves.

This self-love anthem from the 2017 movie The Greatest Showman is about taking pride in who you are in the face of adversity.

This soulful 2002 ballad by Christina Aguilera is about staying confident in yourself no matter what despite any abuse you may endure.

This introspective song is about self-acceptance and embracing rather than suppressing oneself. The vivid lyrics include details of gay singer Troye Sivan’s own struggles with coming out.

This 1978 disco track by Gloria Gaynor is about staying strong and having faith in yourself through the obstacles that you face.

This classic 1980 pride song by Diana Ross was written by Nile Rodgers after being inspired by his first experience at a gay club. This song is about just enjoying being yourself and wanting to show the world who you are.

Because this song was written singlehandedly by Mr. Fahrenheit himself, Freddie Mercury, along with his bicon (bisexual icon) status, some say that Bohemian  Rhapsody is Mercury’s coming out song, but no one really knows what the lyrics mean because Mercury never gave an explanation. Regardless of how you interpret the six minutes worth of lyrics, this is the greatest song ever written.

From the legendary British rock band, Queen, this song is about breaking free from expectations and becoming comfortable with who you are. Despite the impending backlash, which they received plenty of, all four of the band’s members, Freddie Mercury, Brian May, Roger Taylor, and John Deacon, dressed in drag (women’s clothing) for the “I Want to Break Free” music video, which was banned by MTV in America.

This empowering anthem has become nearly synonymous with LGBTQ+ pride since its release in 2011. In the song Gaga preaches self-love and acceptance and that despite gender identity, sexual orientation, race, religion, etc. at the end of the day we are all human.

In 2014 the musical duo, A Great Big World, was asked by EveryoneIsGay.com to write the gayest song ever, and they definitely delivered with this upbeat bop about how gay, straight, or in between, we all share the same world.